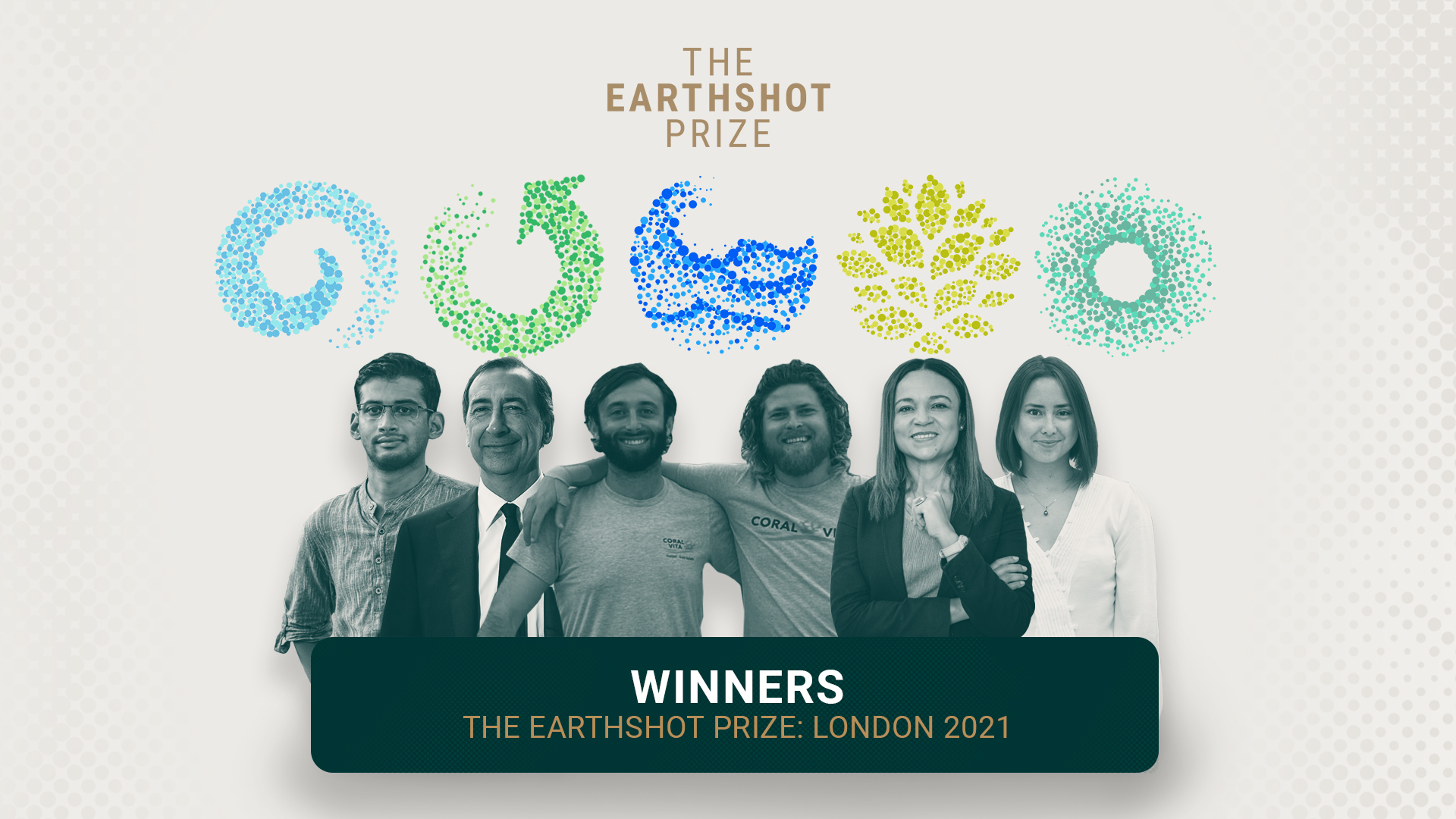 Both the Duke and Duchess of Cambridge issued their love letter to the planet and those that stand to inherit it last night, as the inaugural Earthshot Prize awards sent a direct message to the generations to follow that ‘the solutions to repair our planet will be found.’ A movement devised and launched by the royals to incentivise change, the Earthshot Prize awarded five winners £1 million in funding each, as well as a global network of professional and technical support in order to help scale up their environmental solutions. Selected by The Earthshot Prize Council, the five winners – a line up that includes cutting edge technologists, innovators, an entire country, and a pioneering city – were each chosen for their ground-breaking solutions to the greatest environmental challenges facing our planet. It was Milan, The Republic of Costa Rica, Coral Vita in the Bahamas, AEM Electrolyser, and India’s Takachar that each secured the prize in their respective categories during an awards ceremony that capped a 10-month global search for its winners from over 750 nominations from around the world. Protect and Restore Nature

The Republic of Costa Rica was named the winner of The Earthshot Prize’s Protect and Restore Nature category, as the country was celebrated for the numerous programmes it has put in place in recent years, paying citizens to protect forests, plant trees, and restore ecosystems. The titles was awarded in recognition of the country’s turnaround since the 1990s, a period in which vast forests of Costa Rica were devastated. Adopting a plan to save them the people of Costa Rica and their Ministry for Environment have seen its forests double in size. Flora and fauna has since thrived and has helped lead to a boom in ecotourism, contributing $4bn to the Costa Rican economy. Its government is now taking the approach to urban areas and believes that 30 per cent of the world’s land and oceans could be protected in this way too. Clean Our Air Meanwhile, it was India’s Takachar that secured the Clean Our Air category win, celebrated for its technology that reduces smoke emissions by up to 98 per cent. Developed by Vidyut Mohan, Takachar’s small-scale, portable technology attaches to tractors in remote farms in India. The machine then converts crop residues into sellable bio-products like fuel and fertilizer. Targeting the man-made smoke that fills the air surrounding New Delhi, Takachar’s technology has the potential to cut one billion tonnes of carbon dioxide a year. Revive Our Oceans The Revive Our Oceans Prize, meanwhile, was handed to Coral Vita, an organisation that grows coral on land to replant in oceans and replenish dying ecosystems. Its methods grow coral up to 50 times faster than traditional methods and improves resilience to the impact of climate change. As well as growing coral, the company’s founders Sam Teicher and Gator Halpern work with local communities, public officials, and private companies to improve education, create new job prospects, and build a model to inject more funding into environmental protection to coastal communities around the Bahamas. With Coral Vita’s methods, a single farm could potentially supply coral for an entire nation, kickstarting a restoration economy to preserve ecosystems. Build a Waste Free World The City of Milan’s Food Waste Hubs were recognised for tackling two problems in one, helping to recover food waste from supermarkets and companies to give it to NGOs who distribute it to the neediest in the city. Its work since 2019 secured it the winning prize in the Build A Waste Free World category, as the city set its goal on halving waste by 2030. Today, the city has three Food Waste Hubs, each recovering about 130 tonnes of food per year, the equivalent of 260,000 meals. Fix Our Climate Finally, Vaitea Cowan, co-founder of Enapter was awarded the Fix Our Climate prize for her work in developing green hydrogen technology with the potential to change how the world is powered. Enapter provides a clean alternative energy through its AEM Electrolyser technology that turns renewable electricity into emission-free hydrogen gas. Developed quicker and cheaper than once thought possible, the technology is already used to power cars and planes, powers industry and heats homes. The £1million prize funding will help the business scale up mass production, which is planned to begin in 2022, as well as grow its team and fund further research and development. By 2050, Enapter aims to account for 10 per cent of the world’s hydrogen generation. Both the Duke and Duchess of Cambridge joined a line-up of guest presenters during the broadcast, with a direct address to the generations of pioneers and engineers coming through, that more was going to be done to repair the planet. “I want to say something to the young people watching tonight,” said Prince William in his address. “For too long, we haven’t done enough to protect the planet for your future. But Earthshot is for you. “In the next ten years we are going to act. We are going to find the solutions to repair our planet.” Taking inspiration from President John F Kennedy’s Moonshot – an ambition that united millions around the goal of putting a man on the moon in the 1960s – The Earthshot Prize centres around the five ambitious goals for the planet to be reached by 2030. “The Earth is at a tipping point and we face a stark choice: either we continue as we are and irreparably damage our planet, or we remember our unique power as human beings and our continual ability to lead, innovate and problem solve,” said Prince William. “People can achieve great things. The next ten years present us with one of our greatest tests – a decade of action to repair the Earth.” Passing the baton over during the ceremony and highlighting the importance of global collaboration in order to achieve the ambitions, Prince William revealed that next year's Earthshot Prize will be hosted by the USA.
RESEARCH