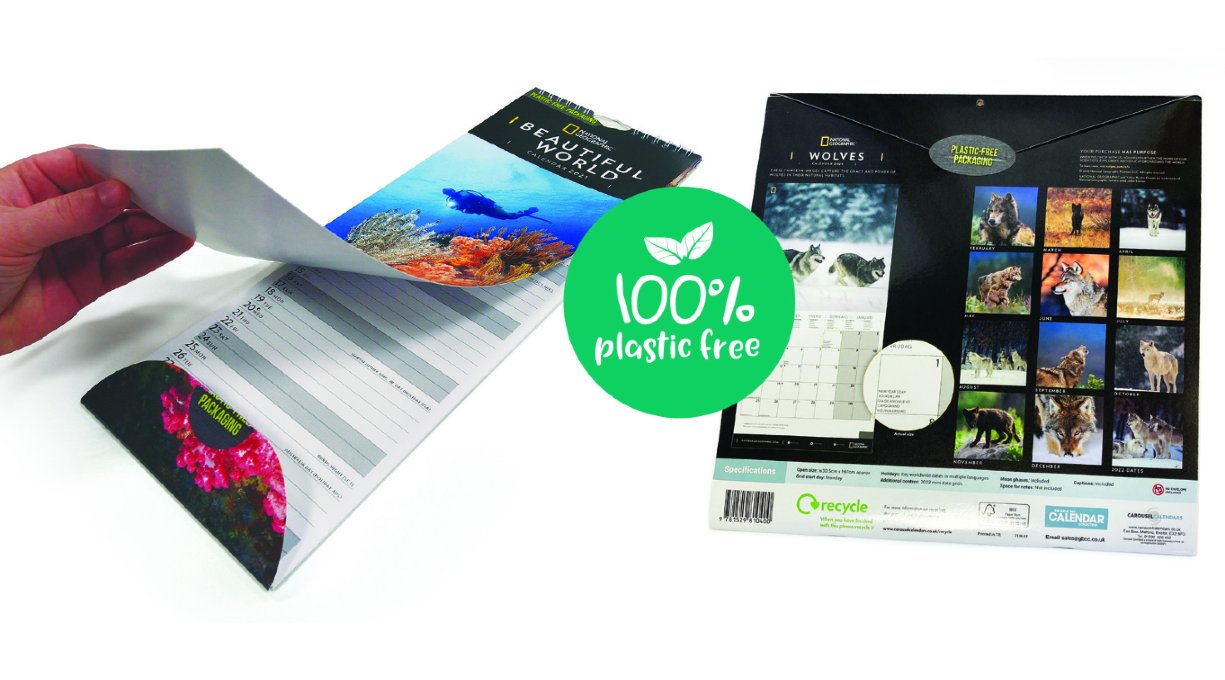 Reducing plastic in products, changing display stands and LED lighting in offices are some of the many ways Carousel Calendars and its sibling companies are making little changes that mean a lot. Steve Plackett, ceo of Carousel Calendars clearly remembers the day, a few years ago, when David Pike, Zebra’s group ceo (which includes Carousel, Otter House and Calendar Club) came into his office and asked: “How do we, as a group, become carbon neutral?” This question prompted the setting up of Zest - an acronym for Zebra Environmental Steering Team - a steering committee with a far-reaching commitment to improving not just the group’s environmental credentials, but a campaign involving its suppliers, peers and whole industries. Relative to its size and breadth, the Zebra group has never really been a ‘noisy’ business, but now, the Exeter based business feels compelled to speak up for the planet, share the changes it has made on the environmental front, seek solutions from other businesses and encourage other companies to join in its quest. “We have started our journey and have made progress in the ways we do things and the products we produce but have set ourselves some tough targets. Though we still have some way to go to achieving these, improving the health of the planet is all of our responsibilities, while continuing to run a commercial business,” said Steve Plackett, ceo of Carousel Calendars and chair of Zest. While many companies have taken the decision to offset their carbon emissions by purely paying their dues to carbon offset companies, this was not the approach Zebra wanted to take. “We felt the best way for us to become carbon neutral was by first making as many changes to the way we do things, from the energy we use in our premises, to the design, to the plastic reduction in our products and also by encouraging our suppliers, both on the manufacturing side as well as the companies we deal with through Calendar Club, to come on board too,” said Steve. Less than two years into the formation of Zest and progress has certainly been made. On the operational front, facilities manager Andy Ellis confirms that the group has driven the energy reduction measures, including a shift to LED lighting, more electric/hybrid cars, as well as a zero carbon electricity contract from July this year. The pages of the recently published Otter House catalogue are a tribute to the extent of the changes on the card, stationery and gift side. As Michelle Jennings-Martin, head of product development explained: “Having looked at how we could improve, we realised there was some low hanging fruit. One of these was on our jigsaws, where we replaced the internal cellowrapped bag holding the jigsaw pieces with one made of paper and also reduced the size of the boxes so as to save board.” While efforts to reduce plastics on the calendar front was already underway before Zest began, traction is really starting to be gauged now. “One of the first areas we tackled was on our boxed calendars, recognising they used a lot of plastic in the stands alone,” said Steve. “While it cost us a lot financially in developing a cardboard solution, we felt it would be worth it and would be something we could share with other calendar companies, both in the UK and the US,” he added. Other more eco-solutions followed last year, ditching the plastic/shrinkwrapping on a whole series of Carousel’s calendars across several formats, with 250 products offered in its 2022 dated collection. By next year the plan is for half of all of Carousel’s calendars to be plastic free, with product trials currently underway on cellulose-based lamination and for the plastic-coated wire to be replaced with a plastic-free metal option. This article was first published in the January issue of Progressive Greetings. Read the full article here Steve Plackett will be speaking more about Carousel Calendars’ green initiatives at the next net zero Product of Change meeting on Tuesday 23 February at 10.30am. Members can register to attend here.