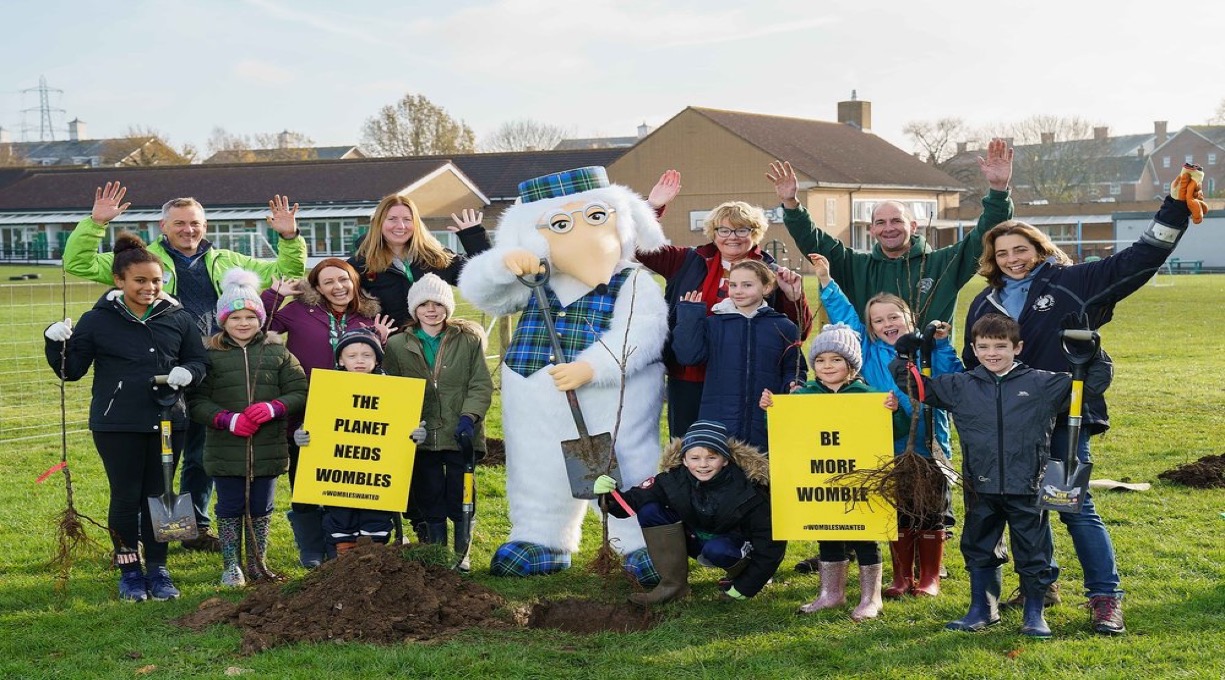 In the run up to the 50th anniversary of the very first time they appeared on our televisions The Wombles have got some big plans for the licensing space by doing… very little licensing at all, actually. A mad dash of merchandise frenzy to mark five decades of Great Uncle Bulgaria, Tobermory, Orinoco, and the rest of them wouldn’t just be at odds with the environmental message the cast of characters are so deeply associated with, but – according to Great Uncle Bulgaria himself - just wouldn’t be ‘The Wombles Way.’ Yes, a couple of things to address here. Firstly, the team of suits behind The Wombles brand don’t get to talk to the press. All communication comes directly from Great Uncle Bulgaria, it’s part of The Wombles’ plan to drive their status as celebrity influencers – a point we’ll call back to later in this article. Secondly, how on earth are The Wombles supposed to front an impactful licensing programme without doing any licensing? Well, the answer is relatively simple. “From a merchandising perspective, we took a view early on that we’re not going to do anything in a hurry. In fact, the only thing we have done is a limited edition Steiff toy which is the most environmentally friendly toy they have ever made,” Great Uncle Bulgaria tells Products of Change, adopting, you’ll probably notice a more out-of-character formal tone. “It’s a collectable toy made using all the most state-of-the-art technologies and innovation such as banana leaves and all sorts…they’ve used it as a bit of a trial. Obviously Steiff are the ultimate in sustainable products because people hold on to them for decades. It’s the antithesis of the throwaway, disposable culture. “So, we’re really keen to talk to a really interesting generation of British companies, producing fantastically interesting, environmental products. They don’t even have to feature The Wombles on them – because we’re looking to launch Wombles Approved.”

Here lies The Wombles’ plan to grow its licensing activity without actually producing licensed goods. By putting the Wombles’ name to an approval system. “Since coming out of hibernation in 2020, our strategy has been to work with charities to say ‘we approve them’. We’re not necessarily here to shove a Womble on everything but to say ‘we really like this company making these things out of sustainable materials… Great Uncle Bulgaria thinks it’s a great option,” the Womble explains. “So, we will use the power of The Wombles brand as an endorsement of a brand. We become influencers, which really has been our role for so long.” An example of this in action is The Wombles’ latest partnership with the plastic and recycling charity, WRAP to lead its Recycle Week campaign in October. It’s a continuation of The Wombles’ strategy to work with the best, high profile environmental organisations such as Tidy, The Tree Council, Meat Free Mondays, or the Canals and Rivers Trust. “And we’ve found, consistently, that whenever we do anything with these kinds of partners it’s the most successful thing they’ve ever done because The Wombles add a level of celebrity and fun,” says Great Uncle Bulgaria. And don’t they just? If you recall last year’s Meat Free Monday campaign which hit heights around the build-up to COP26 in Glasgow, The Wombles didn’t only become the much-loved faces of a highly successful campaign, they managed to secure none other than Sir Paul McCartney to write the theme tune. Then there’s COP26 itself, where The Wombles were selected as the event’s ambassadors having only been brought out of hibernation two year’s prior on a trial to test the general public’s brand recognition with the Wombles IP. “A YouGov poll was carried out to get a grasp pf the awareness of The Wombles right across the generations, and it is much higher than we ever imagined,” continues Great Uncle Bulgaria. “The Wombles have just become a part of the cultural vernacular – that’s why the cabinet came to us and asked us to be the ambassadors of COP26, and that’s why we’ve got some big plans for 2023 and our 50th anniversary.” The next 12 months will be very exciting for The Wombles. Great Uncle Bulgaria is sworn to secrecy by the suits in the background, but the team can say ‘they are in the final stages of production planning with a view that The Wombles will be back on our screens as soon as possible.” With that, the calls for licensing opportunities are sure to follow, which is why the plan is to take a very, very… very measured approach. “We have to be the best of the best. Our fans will shoot us down if we’re not. We’re working on a series of books, fiction and non-fiction, taking The Wombles back to where they began as a book series, and developing a series of non-fiction The Wombles Guide To… Being Green, How to Live like a Womble, that kind of thing,” the Womble explains. “Working with schools works really well, so the idea of The Wombles delivering environmental education at school is something we’re very keen to explore. Our role isn’t to scare people… other people do catastrophe better than we do. Our role is to say, ‘look, we can all be Wombles and there are practical things we can do to make the environment better.’ We’re here to promote the message that we can all make a difference, even if it’s joining a litter picking group or buying from second hand shops.” The biggest coup for Products of Change next month will be that The Wombles will be at the Sustainability in Licensing Conference at the Royal Geographical Society in London on October 18th. “Products of Change is really close to our hearts,” says Great Uncle Bulgaria [and what a career highlight it is for the team to be Womble endorsed]. “We’d love to be approached by entrepreneurial, British, green product companies who could love a little Womble endorsement. We want to help celebrate and support them, because it’s the cleverest way to build a reputation rather than through merchandise.” Be sure to look out for The Wombles at Brand Licensing Europe later this month and at the Sustainability in Licensing Conference at the Royal Geographical Society in London on October 18th. The Wombles are out of hibernation and ready to help the planet.
CONTENT