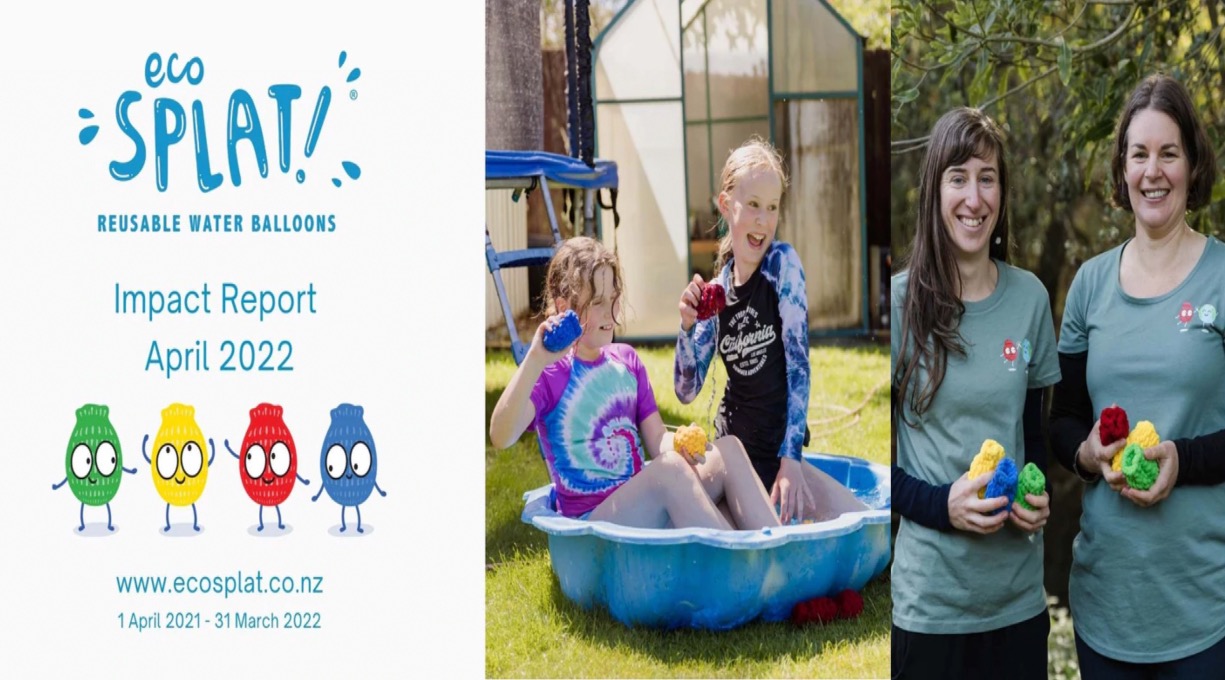 EcoSplat, an independent company looking to overhaul outdoor play with its own reusable water balloon innovation, is celebrating a successful first year of business, having sold enough product to replace 95 million single-use water balloons. The New Zealand outfit was established by Anthea Madil and Helen Townsend in 2021 to help change the narrative within the global toy market, that last year alone produced some one million tonnes of waste. EcoSplat was developed to tackle the 3.2 billion pieces of rubbish created each year by single-use water balloons, balloons that are currently not biodegradable and recognised as 32 times more lethal to seabirds and turtles than hard plastic. EcoSplat is the first toy to launch from the sustainable toy company, Sustained Fun, and while the reusable balloons themselves are made from polyester – a point that the team elaborate on via its website – they aim to fuel a circular economy in the outdoor play sector through the promotion of reuse. Coinciding with Earth Month this month, the team has this week released its first year sustainability report, reflecting not only the efforts the team has gone to deliver a more circular answer to outdoor play, but the steps the company has taken to reduce carbon, waste and energy use, as well as the support it is giving to its local community. In a joint statement, Helen and Anthea, said: “Togerther we have already started making a difference to the amount of waste created by single-use water balloons with enough EcoSplat sold to replace 95 million single-use water balloons. “We hope you notice how sustainability is embedded I everything we do. This report shows how we’re doing with carbon, waste, and energy as well as how we’re supporting our local community. “We envisage a world where all kids’ play is rubbish free so will keep working towards decreasing our environmental impact and catalysing sustainable change in the toy industry. This year’s report creates a baseline for us to improve on in future years.” The EcoSplat team produced 4.9 tonnes of carbon over the last year, but managed to offset six tonnes through Ecologi, making it a carbon positive outfit. Meanwhile, it chooses to use electric vehicles and is powered by Ecotricity – New Zealand’s renewable and carboNZero certified electricity. Meanwhile, the team acts to use sustainably sourced, 100 per cent recyclable packaging that is shipped plastic-free. EcoSplat is now stocked in 70 stores across New Zealand and has reached 72,000 people on social media. The team notes that 50 per cent of its suppliers are owned by women. In the next 12 months, it will work to increase its spend with businesses owned by women, Maori, and Pasifika people. The team is also researching recycled yarn in order to further decrease its environmental impact. “In creating a reusable alternative to one of the most popular toys, we were faced with the challenge of producing a product that works as well, or better, than regular water balloons. It had to absorb lots of water and release it in a big splat,” reads a blog post from the EcoSplat website. “Ideally we would want a material that was reusable and then biodegradable at the end of its life, but cotton and wool didn’t work: they didn’t absorb much water or release it quickly. Another major problem with cotton and wool is because they are much slower to dry, they are more likely to go mouldy. And of course, we don’t want resuable products to biodegrade while they are still in use. “The material that worked the best was polyester. Polyester absorbs a lot of water and releases it quickly so the splats are even better than regular water balloons (and you get six splats before you need to re-dunk to re-fill them). It dries quickly and doesn’t go mouldy. “In a circular economy we are aiming to keep resources and materials in use for as long as possible. Single-use products in a linear economy create bigger problems than reusable items made from non-biodegradable materials. “Reusable water balloons contribute to a circular economy because they can be used over and over again. Reusable water balloons also reduce deforestation caused by rubber plantations, the chemicals used in the rubber production and the energy used to make, transport, and dispose of, or attempt to recycle, single-use water balloons.” The EcoSplat team encourages its consumers to wash the balloons in micro-fibre catching bags and is currently investigating sources of recycled polyester. EcoSplat also takes back well-loved balloons at the end of their life for future recycling. 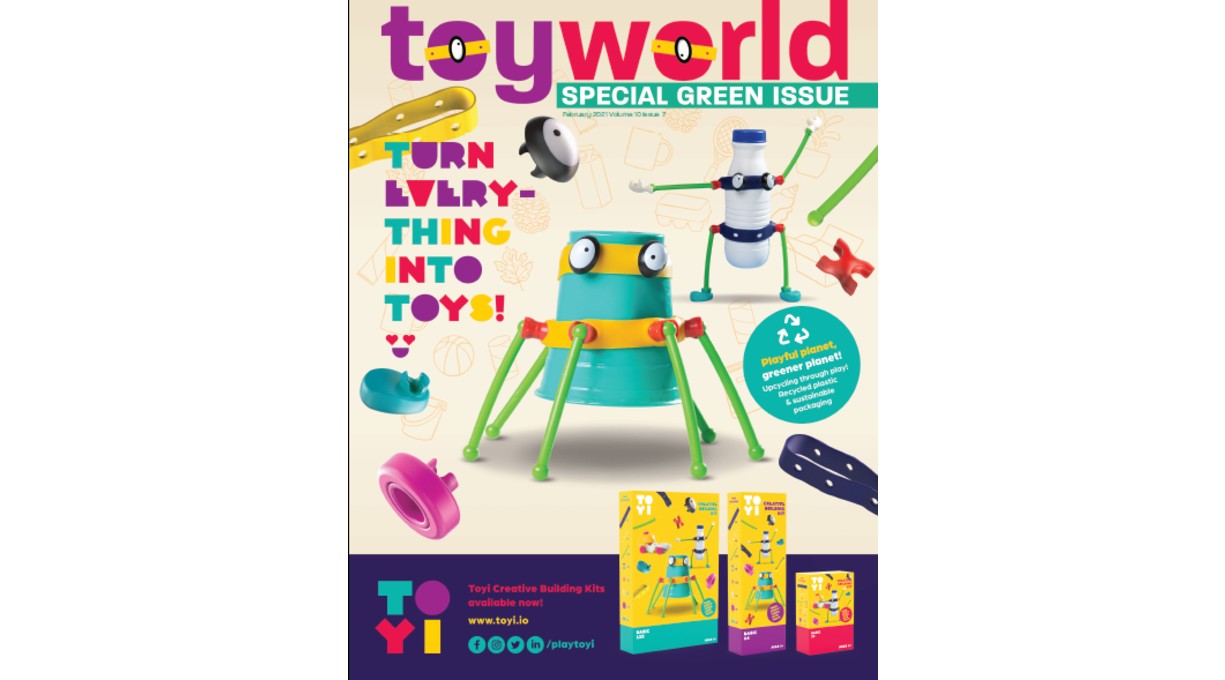 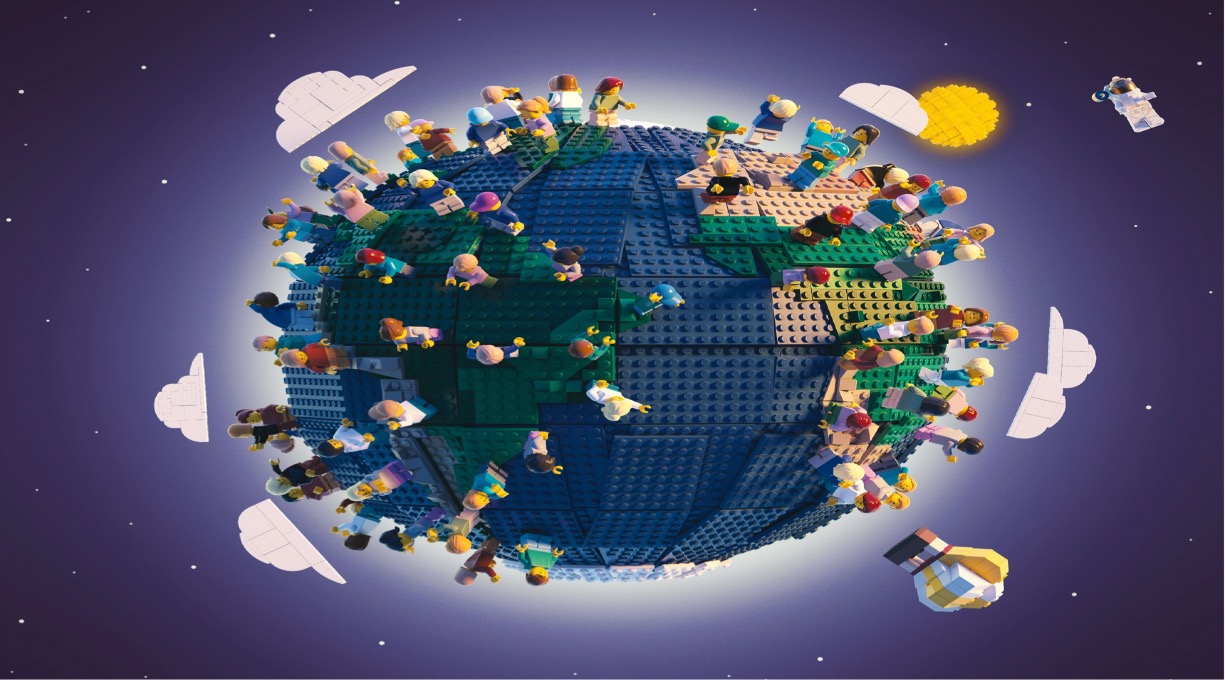 LEGO's plans have been detailed in its Sustainability Progress Report 2021, an update of the strides being made by the Danish toy maker across Environmental, Social, and Governance measures. 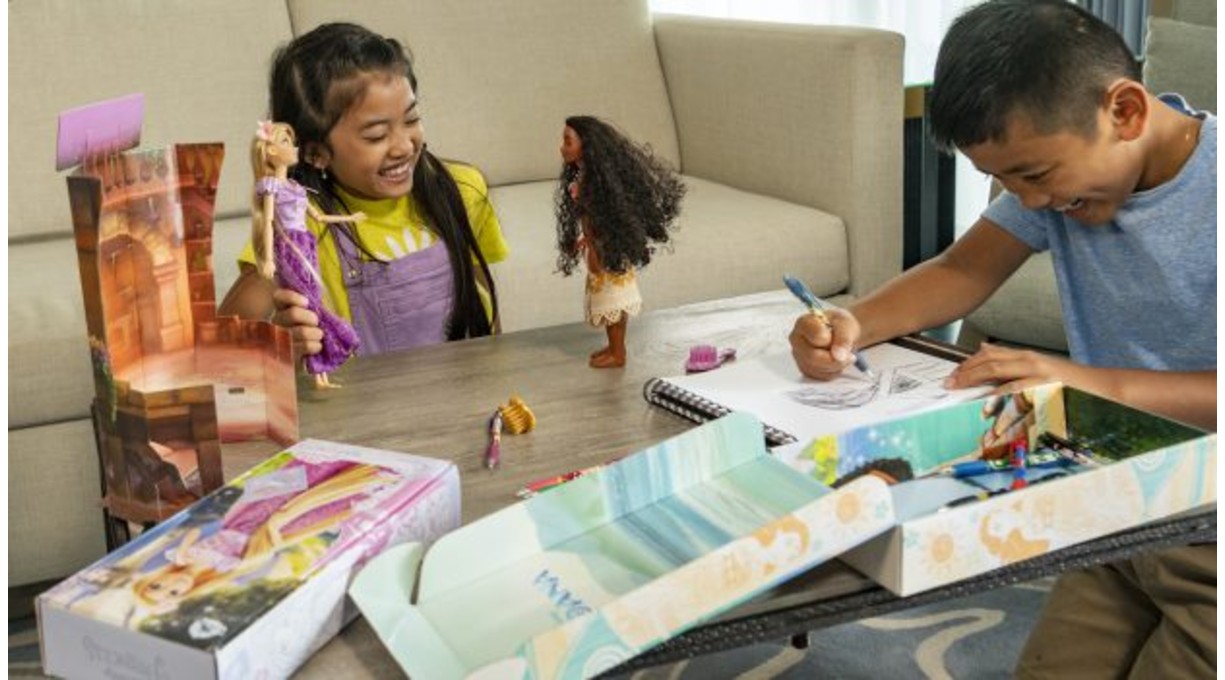 Disney’s line of classic dolls will come in new plastic-free packaging made of sustainably sourced paper that is 100% recyclable. 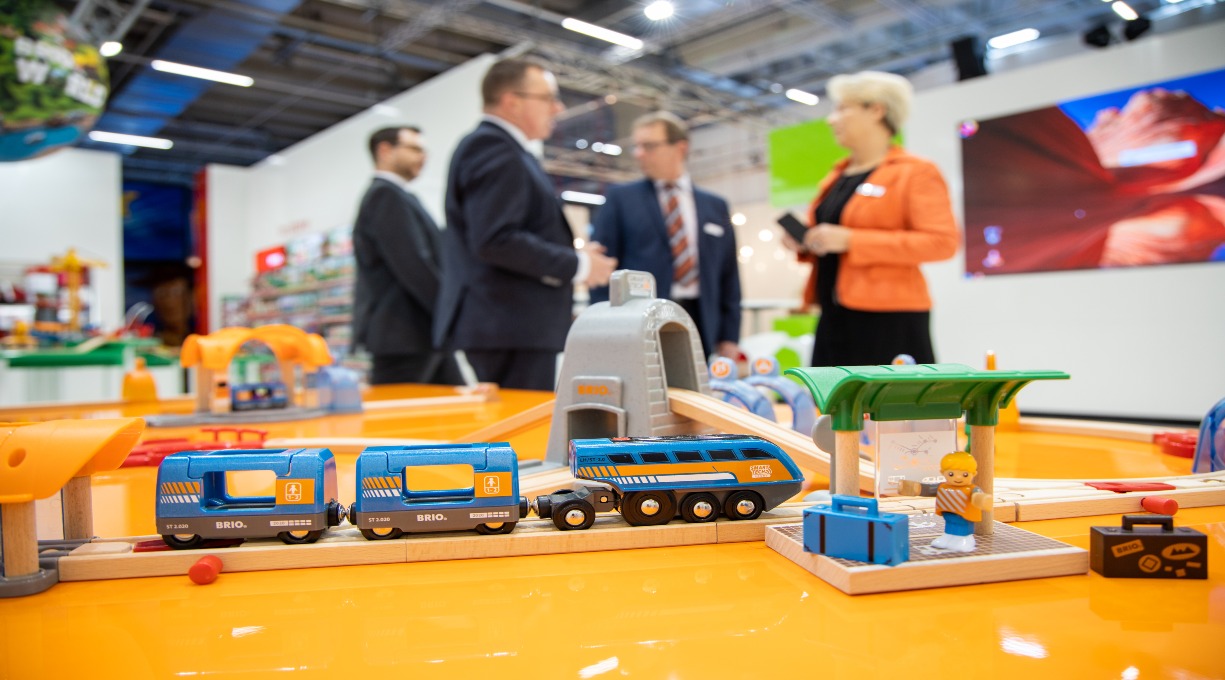 Parents across Europe, the UK and the US are backing moves being made across the toy industry to introduce sustainable measures to products business, recognising sustainable toys are here to stay. 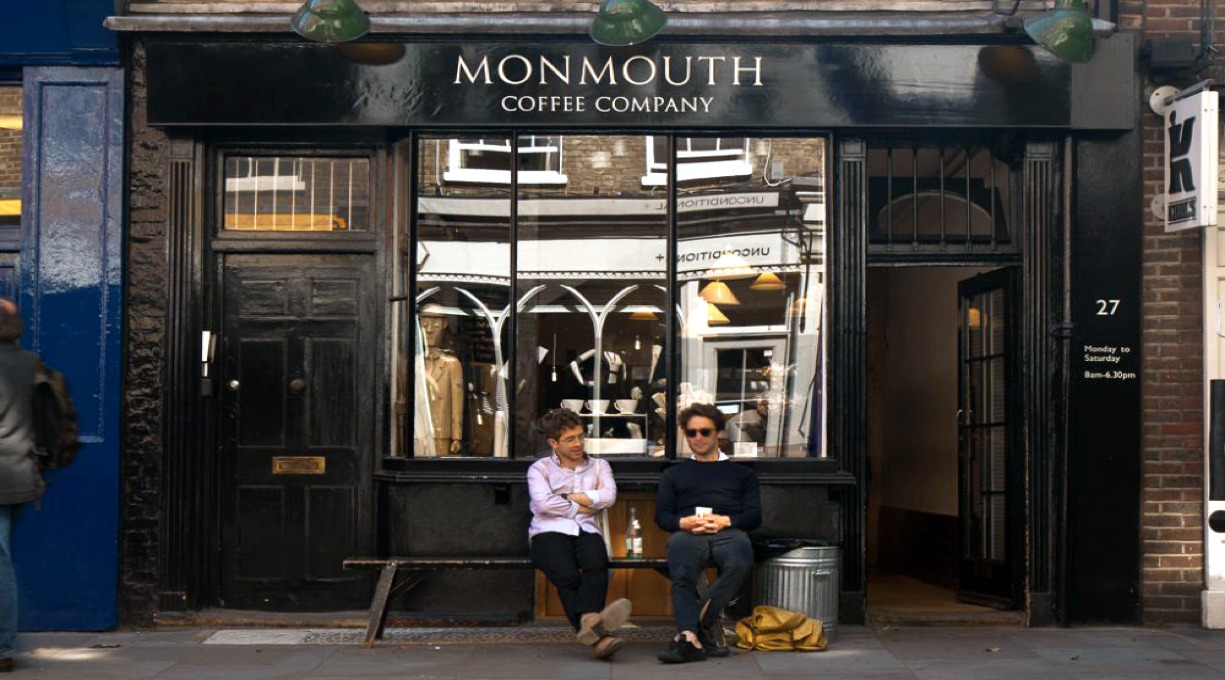 Partnering with Ecoffee Cup, the London coffee institution is removing 300,000 single-use cups in year one of the scheme, scaling up to 600,000 in year two across its London establishments. 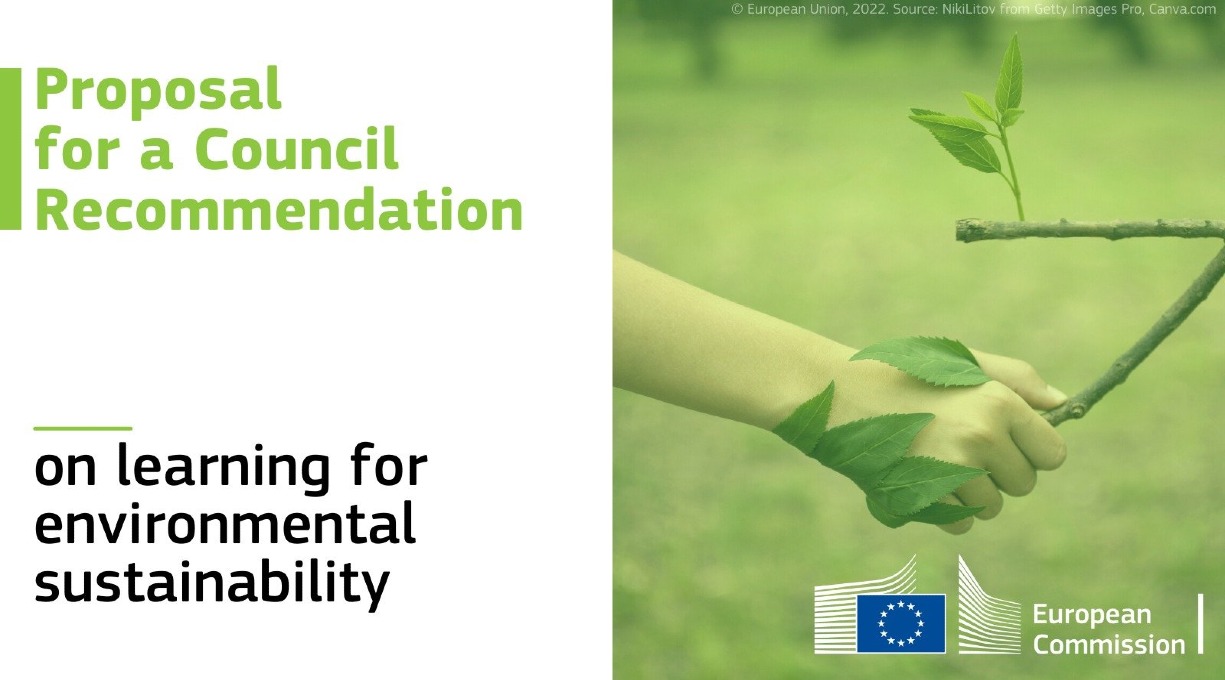 "All learners, from an early age, need opportunities to understand and take action for environmental sustainability to protect our planet and our future.” 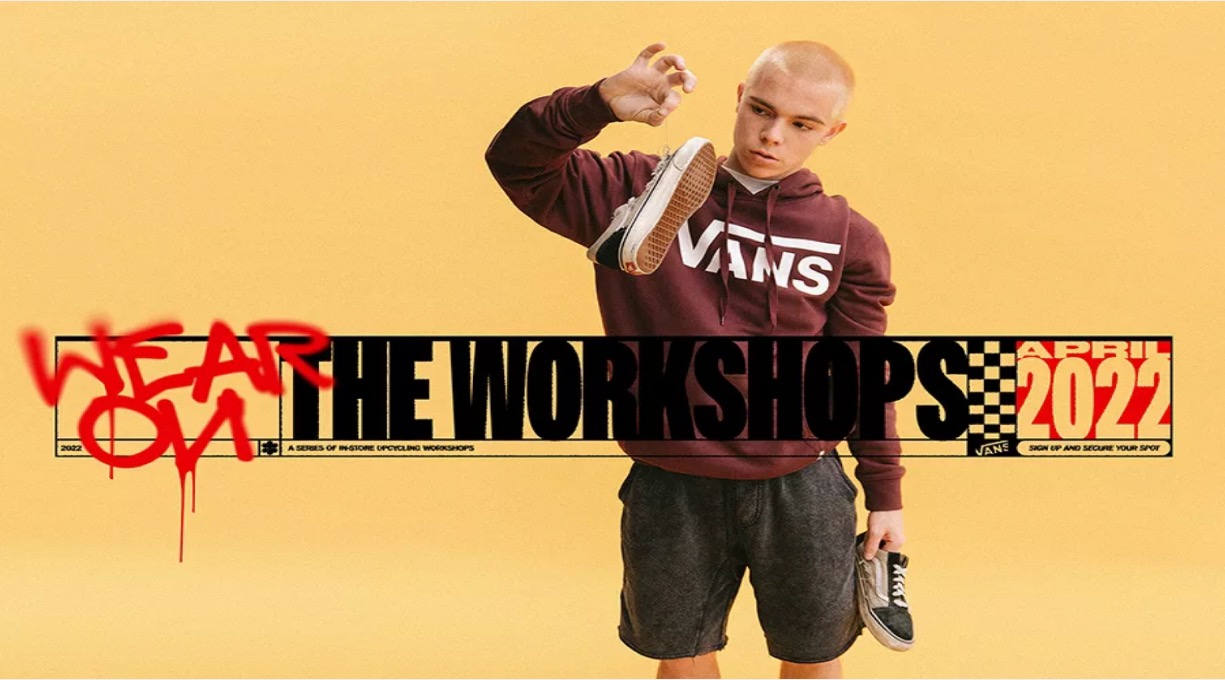 Vans' Wear On Workshops will educate customers on how to upcycle their clothing and shoes for 'timeless looks' and a healthier planet as it launches its Eco Positivity range. 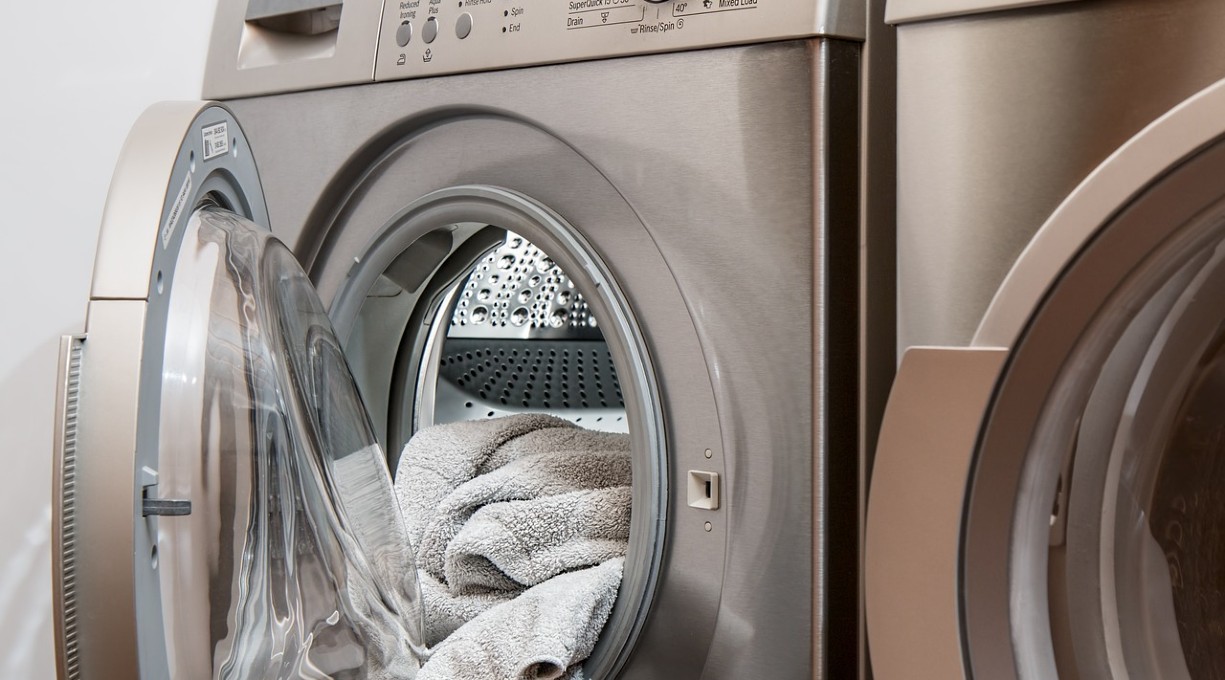 Third of consumers don’t know how to recycle appliances

Research shows that a third of the population are not sure how to recycle old appliances, with 18% storing old and broken items that they cannot recycle. 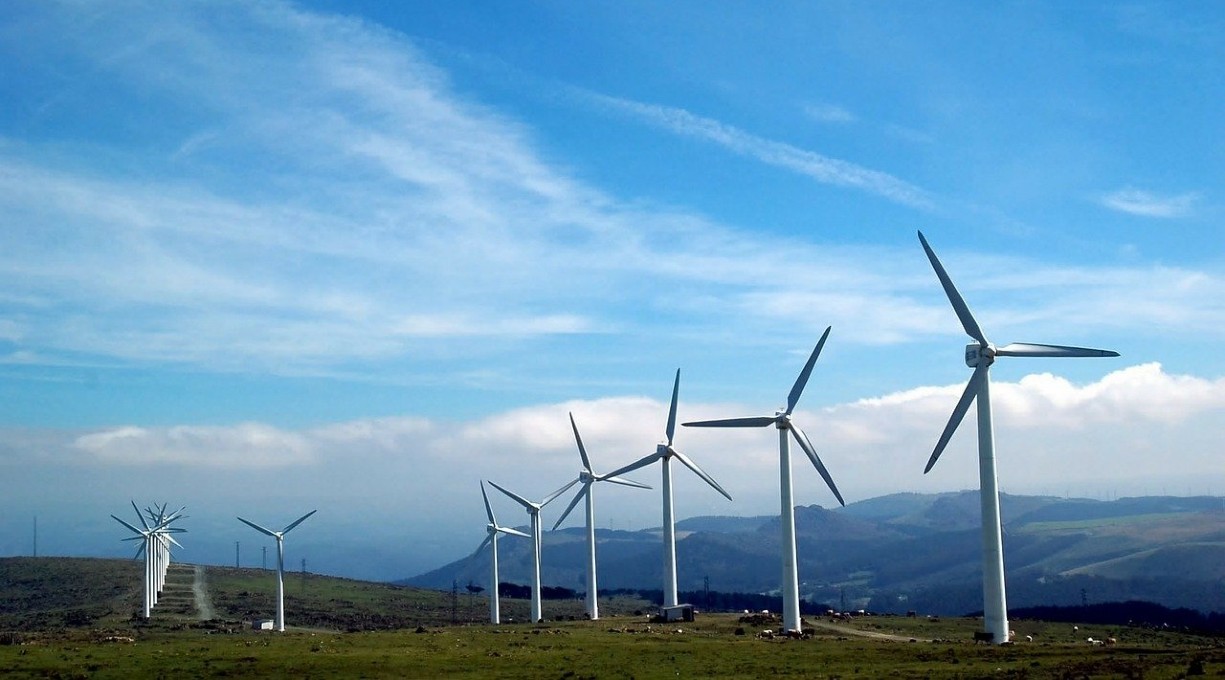 The company has outlined initial steps to achieve its goal of net zero greenhouse gas (GHG) emissions in its financing activities, operations and supply chain before 2050. 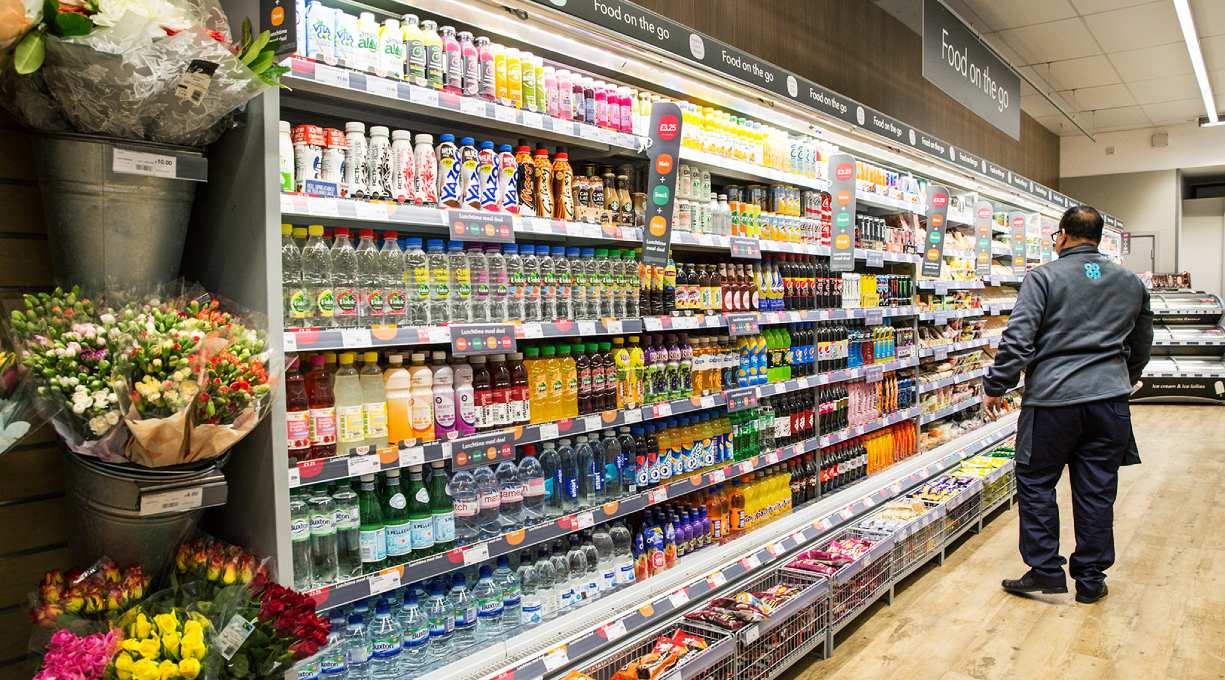 The Co-op has announced that it will be the first supermarket to sell fully carbon neutral own brand food and drink by 2025. 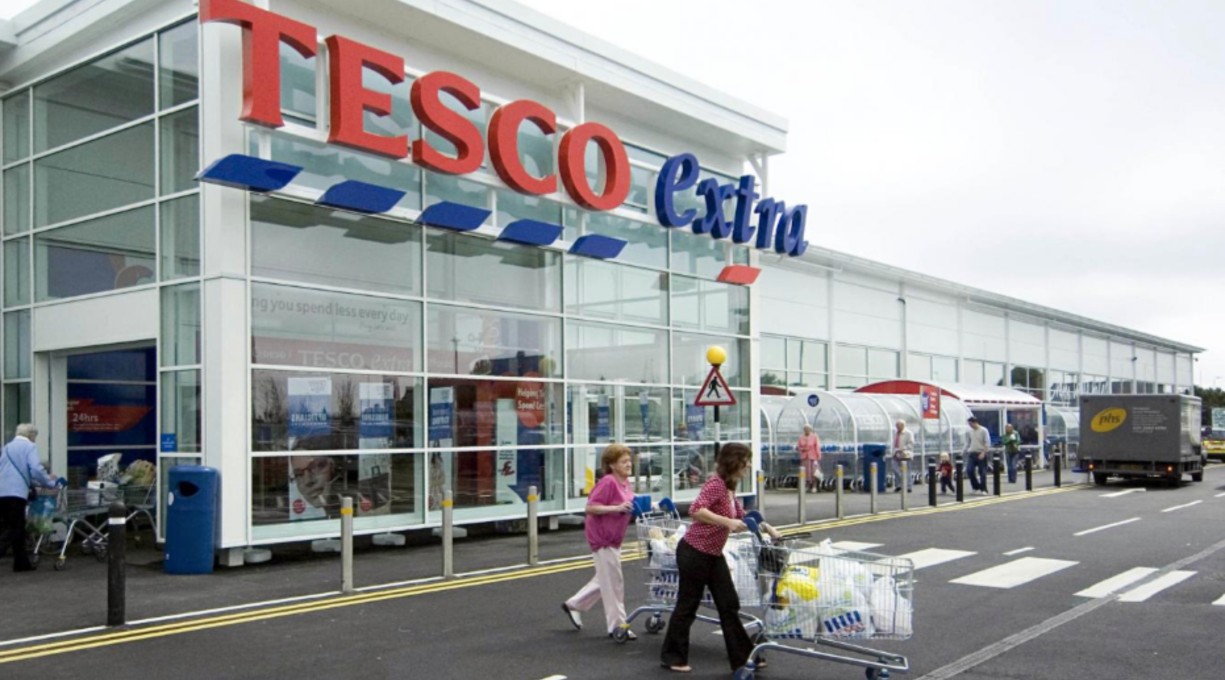 Retailer removes 20 million pieces of single-use plastic from its crackers, lights, cards and puddings this year 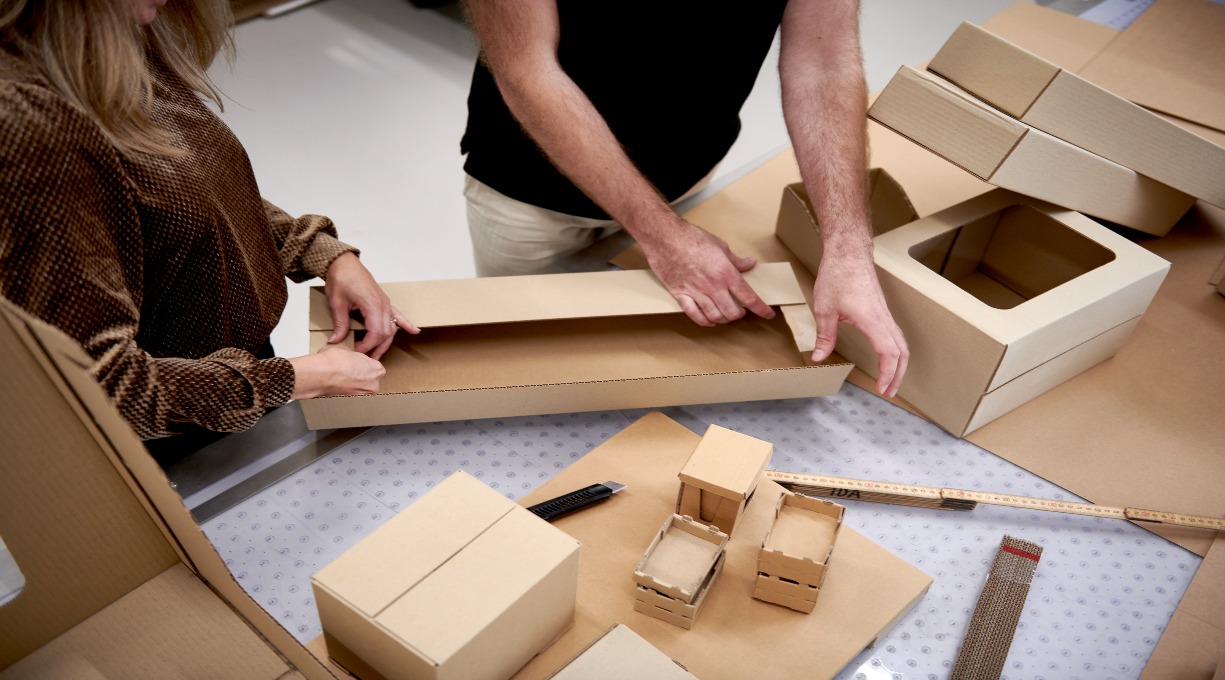 IKEA reveals plans to phase out plastic packaging by 2028

IKEA has detailed plans to phase out plastic from all of its consumer packaging by 2028, marking the Swedish furniture store’s latest commitment to the sustainability cause.