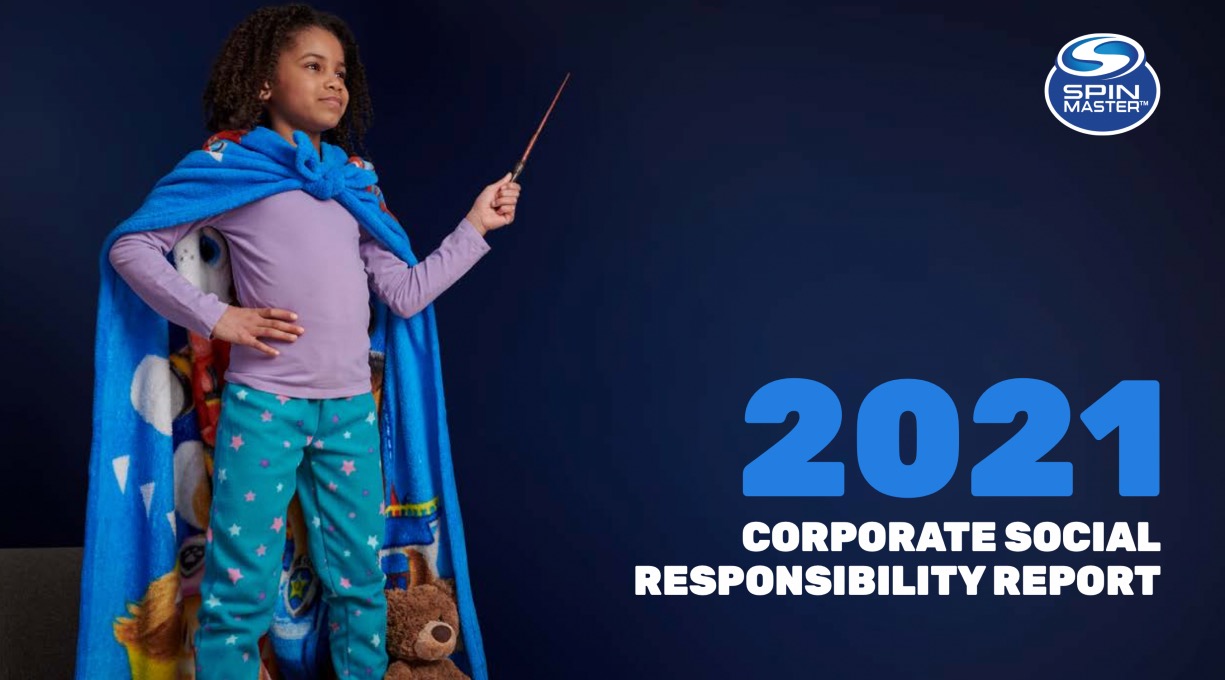 The global children’s entertainment company, Spin Master has outlined a new commitment to the creation of a Climate Action Plan by the end of 2022 in recognition of the collaborative effort needed to fight climate change by businesses across the industries. The plan was detailed within its Environmental Impact update formed as part of the company's third annual Corporate Social Responsibility Report issued this week. Renewed environmental efforts mark the biggest step change for the company who states its climate reduction plan will build out a number of scenarios to 'stress tests its business into 2050.'  This all lands amid a number of advances made by the firm on the CSR front, including increased philanthropic financial donations, enhanced transparency of diversity, and an achieved 97 per cent pay equity within the business. Spin Master's 2021 CSR Report acts to make public the steps it is continuing to take as it seeks to be an inclusive employer while enhancing the communities in which it operates and minimise its environmental impacts. The company’s efforts span four key areas: products, people, communities, and the environment. Among the achievements listed within its Products pillar, Spin Master notes that 97 per cent of its manufacturing facilities are now audited and remediated through the Ethical Toy Program. The team has also revealed plans to launch a new Mindful Classics games line made with FSC-certified wood and paper, bamboo, and recycled plastics by autumn this year. The launch will form a part of the toy maker’s commitment to create a climate action plan by the end of this year. “Spin Master has always had a noble purpose, to create magical play experiences for children and their families,” said Max Rangel, Spin Master’s global president and CEO. “Our commitment to this purpose has been unwavering, and in these challenging times the power of play has been one way we can make a meaningful impact in many homes around the world. We value the trust placed in Spin Master by kids and their parents and are committed to being responsible citizens and custodians of the world that these children will one day inherit.” Over the last reporting period, Spin Master has offset 10,186 metric tonnes of carbon that it states represents 100 per cent of its Scope 1 and 2 emissions, and some Scope 3 emissions.  Its carbon offsets include funding two projects through Carbonfund, the first being the Envira Amazonia Tropical Rainforest Conservation Project in Brazil. This project will mitigate the release of more than 12.5 million tonnes of carbon dioxide equivalent emissions, while preserving the habitat for local biodiversity and directly benefitting local communities. The second project is the Ranchero Wind Farm in Texas, a 300 MW onshore wind power project that has already offset 900,000 tonnes of carbon dioxide in its first two years of operation. The team has also launched toy recycling programmes in the US and Australia. Meanwhile, and within its People pillar, Spin Master has underlined its commitment to investing in employees’ well-being and development as it acts to foster an inclusive workplace. Women now represent 40 per cent of the team’s senior management, while the company is celebrating an achieved 97 per cent gender pay gap equity, with a target of hitting 100 per cent ‘in the future.’ “Our talented team is the driving force behind our purpose of creating magical experiences for children and their families,” said Tara Deakin, Spin Master’s EVP and chief people officer. “This past year, we continued to enhance our employee experience on multiple dimensions from compensation enhancements to bolstering mental health support and evolving our diversity, inclusion, and equity programming.” Through a series of philanthropic and voluntary efforts, Spin Master has also acted to ‘give children in communities around the world the opportunity to grow, explore, and learn through the power of play.’ The past year has seen the team increase its philanthropic financial giving with $1.95 million in financial donations made, and the donation of around 170,000 toys to impact 300,000 children globally. The team has also successfully executed three Toy Movements to deliver some 53,000 toys to children in Kenya, Nicaragua, and the Democratic Republic of Congo. Spin Master has also launched The Future of Play Scholarship and awarded scholarships for seven youth from underrepresented communities studying in the fields of toy design, animation, and digital game design. With a commitment to continuous improvement in reporting, the 2021 CSR Report also expanded to include qualitative TCFD and UN Sustainable Development Goals. More details on Spin Master’s CSR efforts can be found right here. Global president and CEO, Max Rangel, continued: “The issues within our pillars have remained largely consistent from when we first articulated our CSR vision two years ago with one exception: the rising concerns and impact of climate change. “We know that we all need to do our part and are taking greater accountability for our carbon footprint in our long-term CSR plan. In 2021, we offset 100 per cent of our Scope 1 and 2 emissions and some of our Scope 3 and are committed to creating a climate action plan by the end of 2022. “We remain focused on our targets for reducing waste and packaging and are actively investigating more sustainable materials for our products and packaging. Toys enjoy a long life cycle within many homes, but we know that at some point they can end up in landfill. In 2021, we instituted a toy recycling programme in partnership with TerraCycle, in the US and Australia and are looking to expand this programme into other regions.” Spin Master’s 2025 targets now include a reduction of plastic by 50 per cent in its packaging, moving 100 per cent of petroleum-based blister forms to sustainable alternatives, and utilising eco-friendly inks on 50 per cent of its packaging. 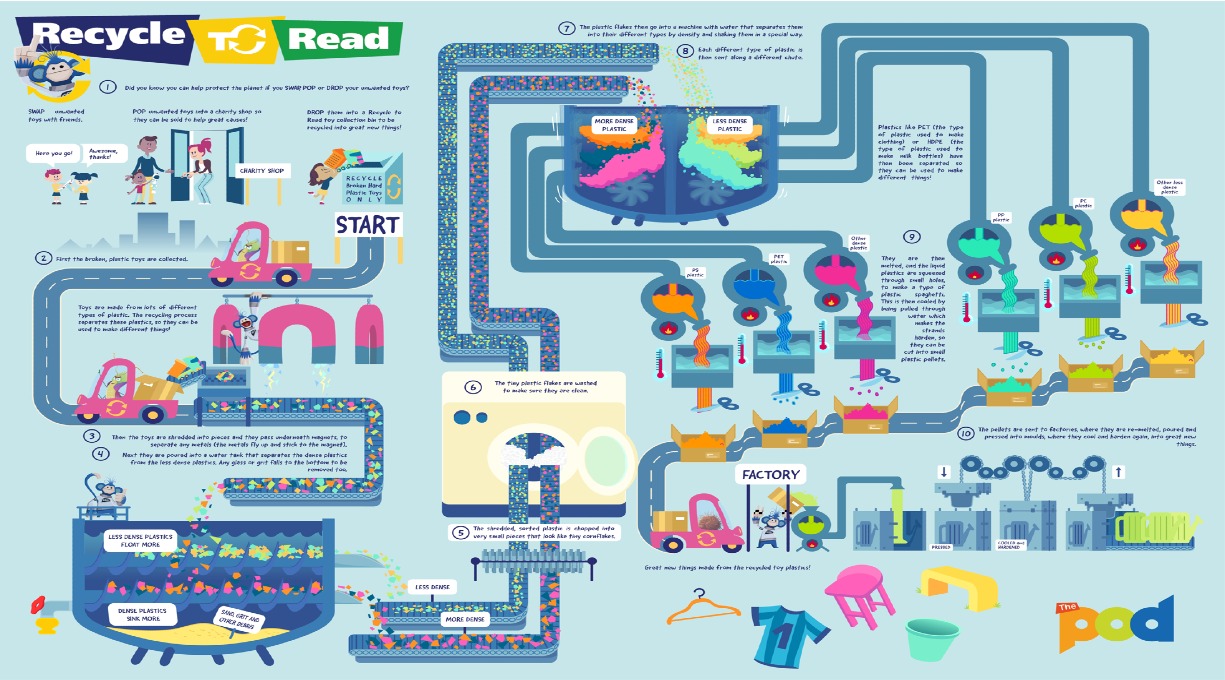 Recycle to Read has welcomed its founding partner, Smart Toys and Games to its recycling and children's educational platform, and with that has made its message to the toy sector clear. 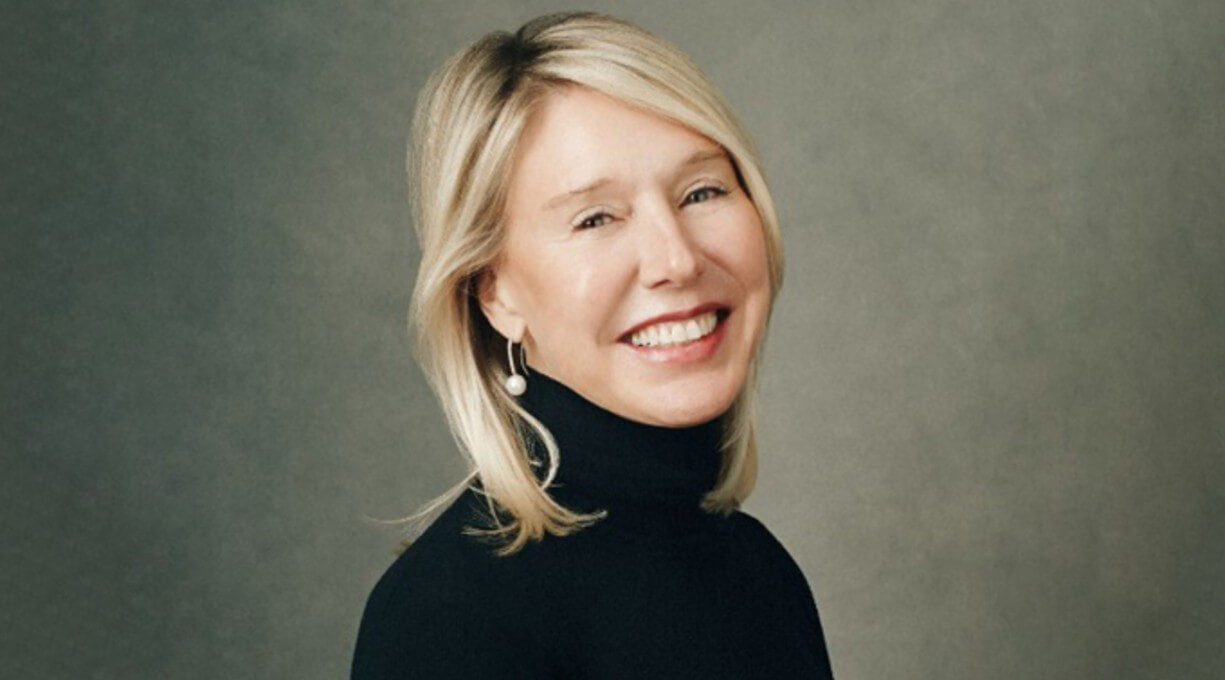 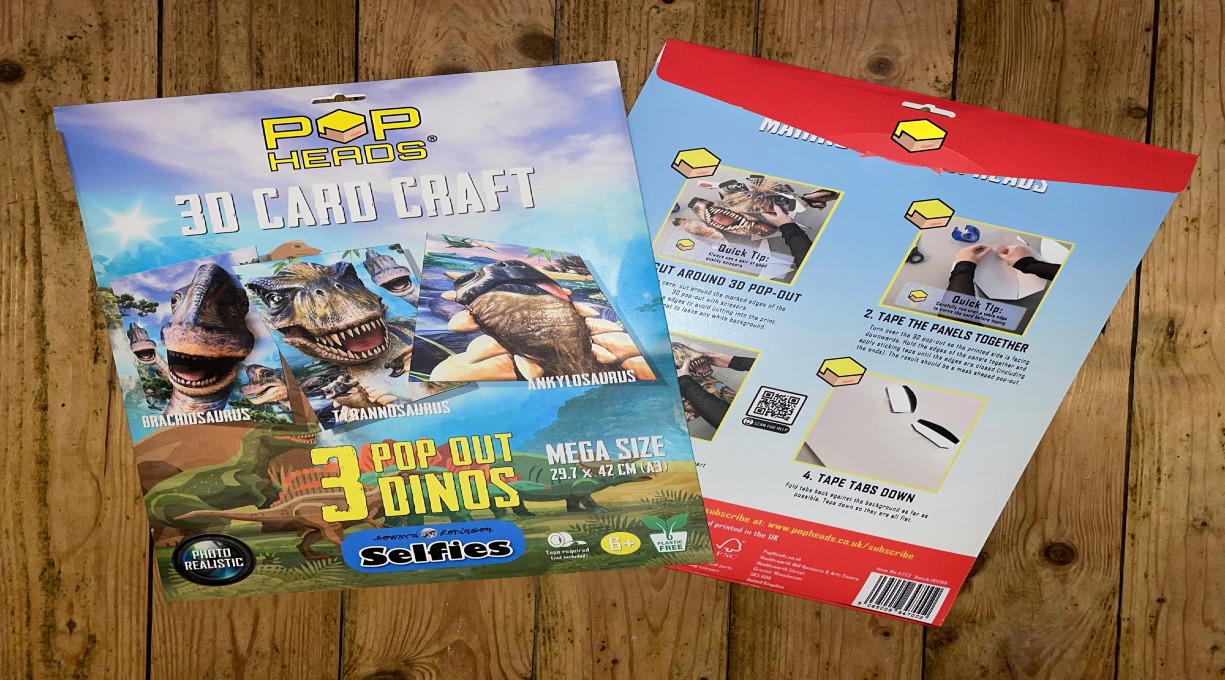 The sustainability-driven international retail display specialist, StackaWraps is turning its attention to the creativity kit and craft toy market with the launch of its new PopHeads brand. 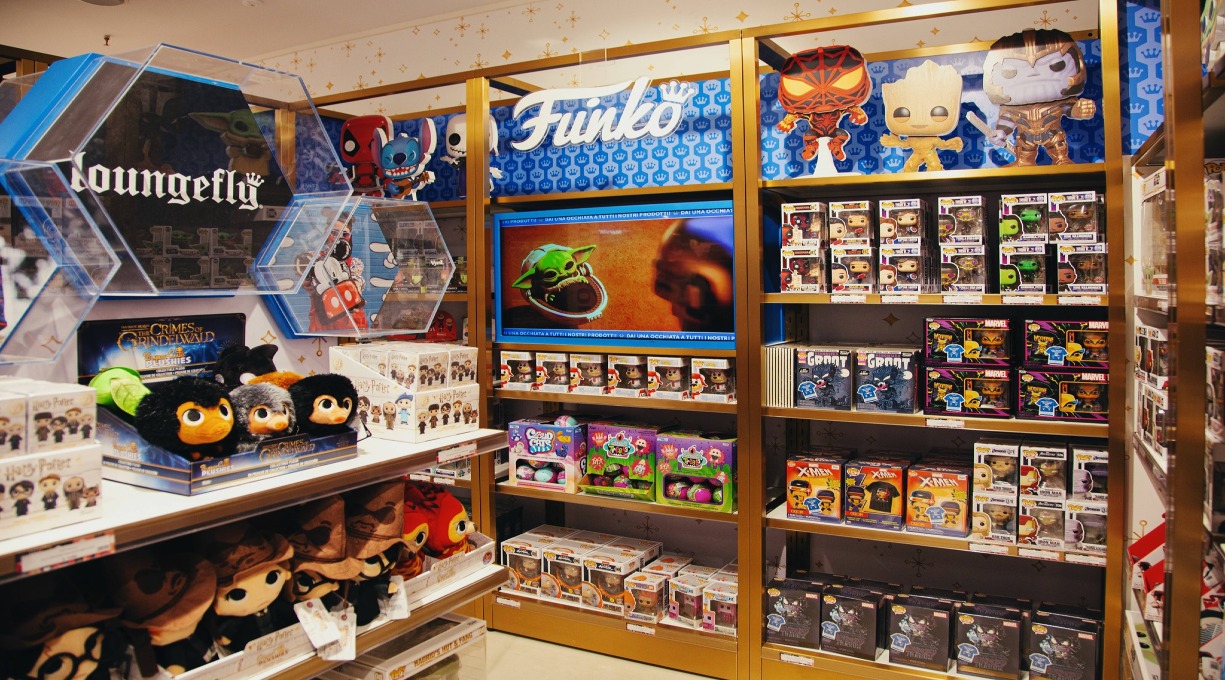 Funko has become the latest partner to join the How2Recycle platform, a US-based recycling label that will now feature across the company’s portfolio of Funko pop! vinyl product packaging. 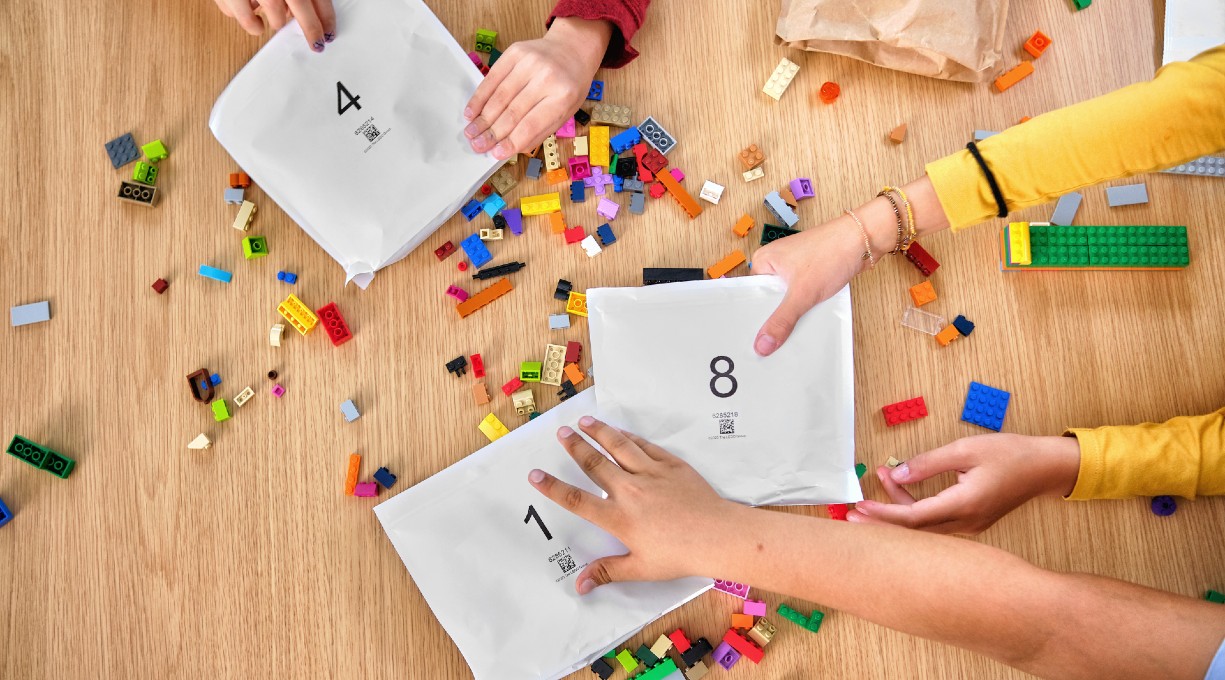 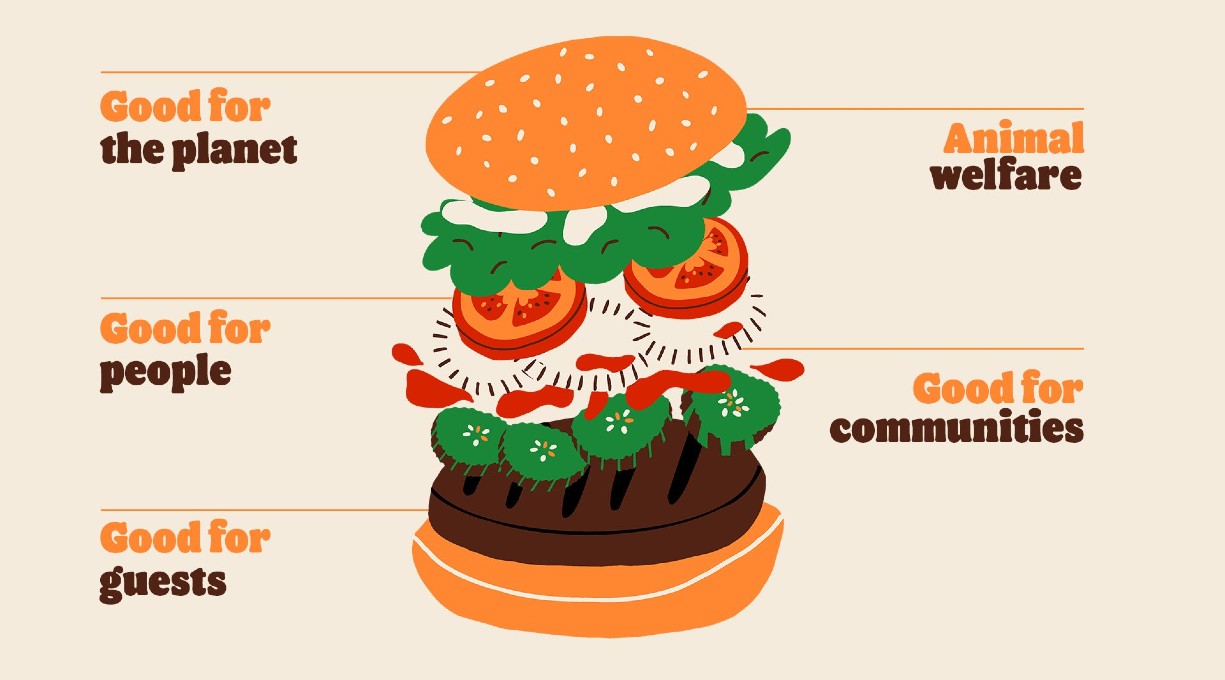 Burger King has released its Burger King for Good Charter which sets out the principles on how it will develop it will play its part in tackling climate change, addressing… 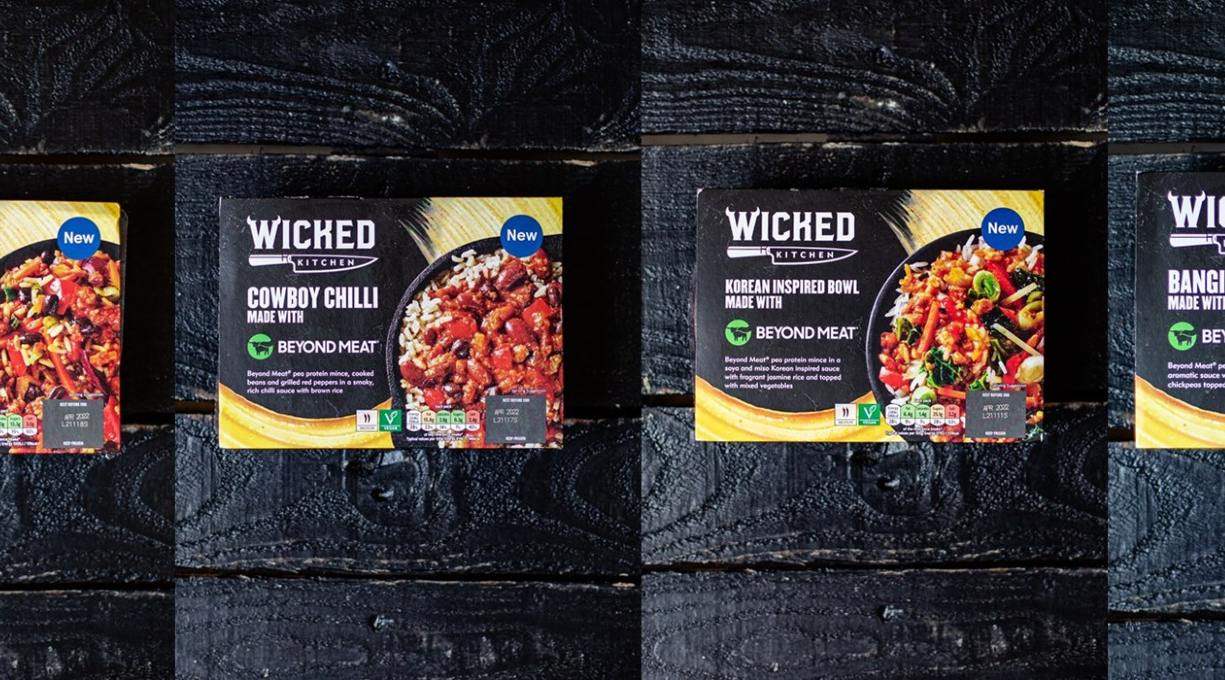 Tesco’s exclusive plant-based Wicked Kitchen range has partnered with Beyond Meat to launch a line of frozen ready meals in the UK. 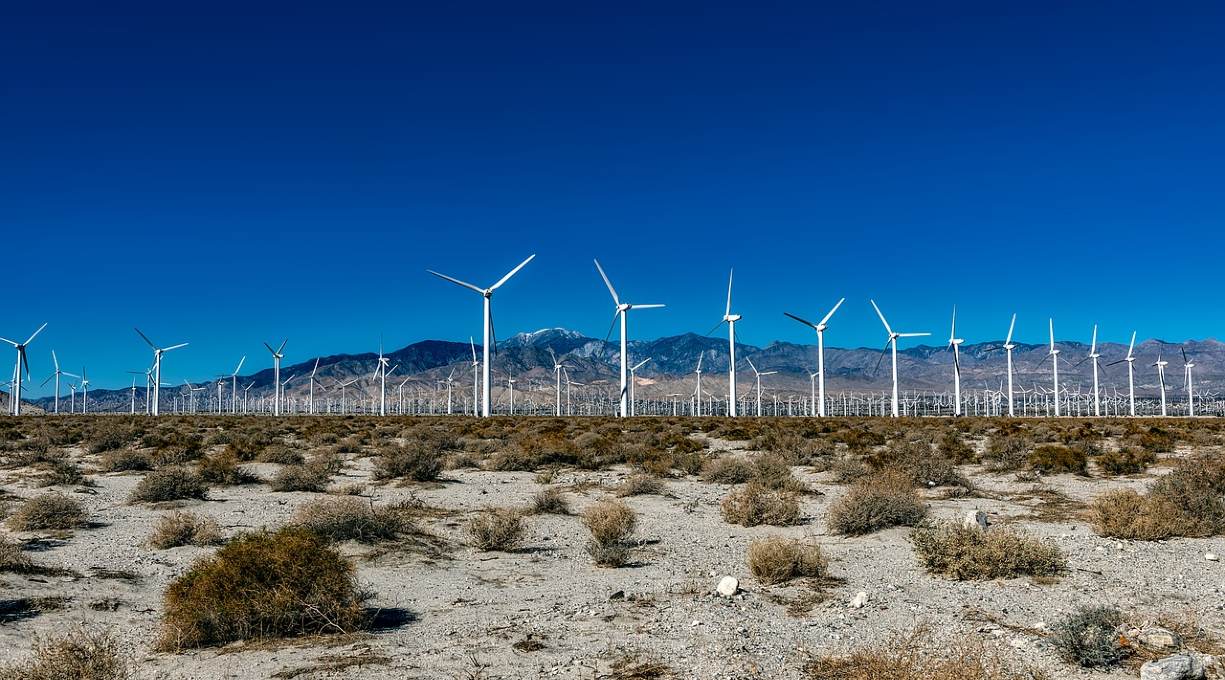 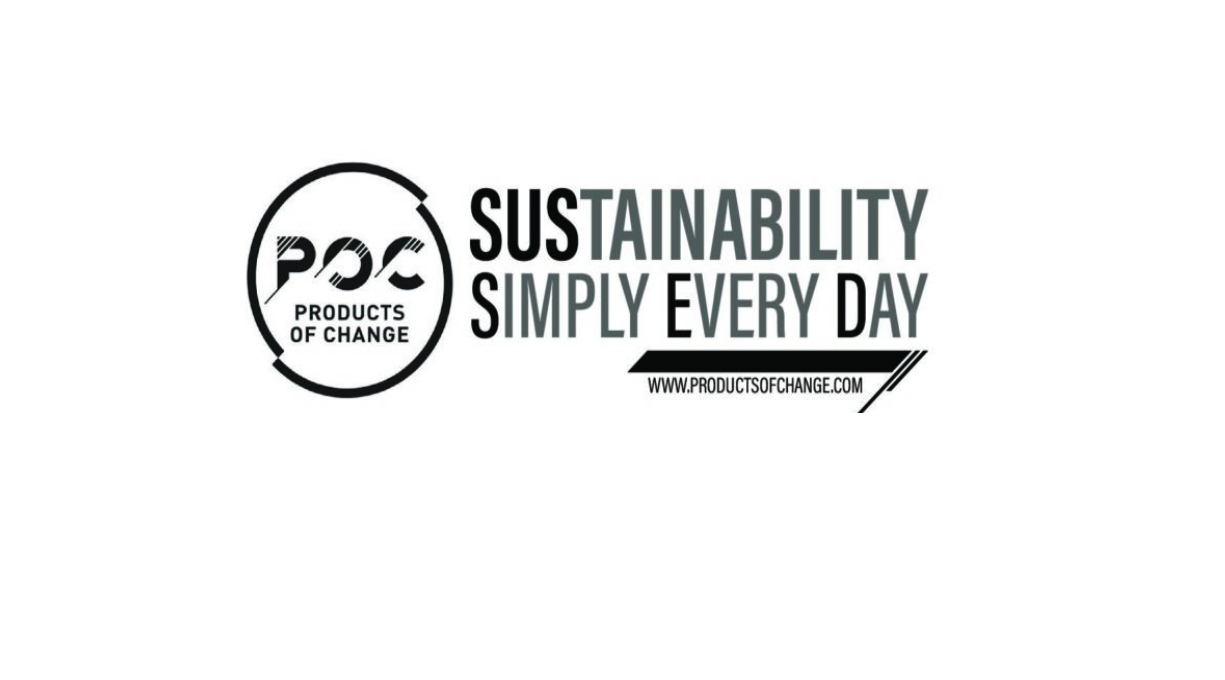 Get SUSSED on sustainability

PowerStation Studios designed the SUSSED poster, and Claire Bradbury talks about how it is embedding sustainability into working practices. 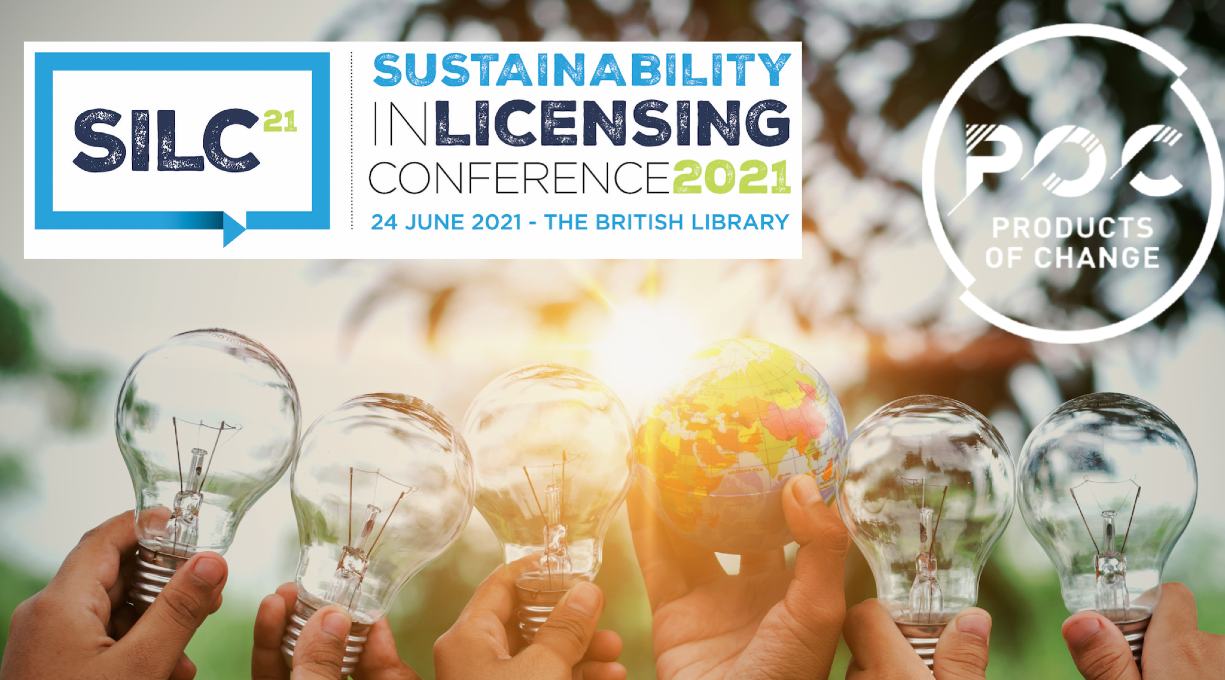 Sustainability in Licensing Conference coming up

The Sustainability in Licensing Conference 2021 (SILC21) will take place at The British Library, London as well as streamed online on Thursday June 24. 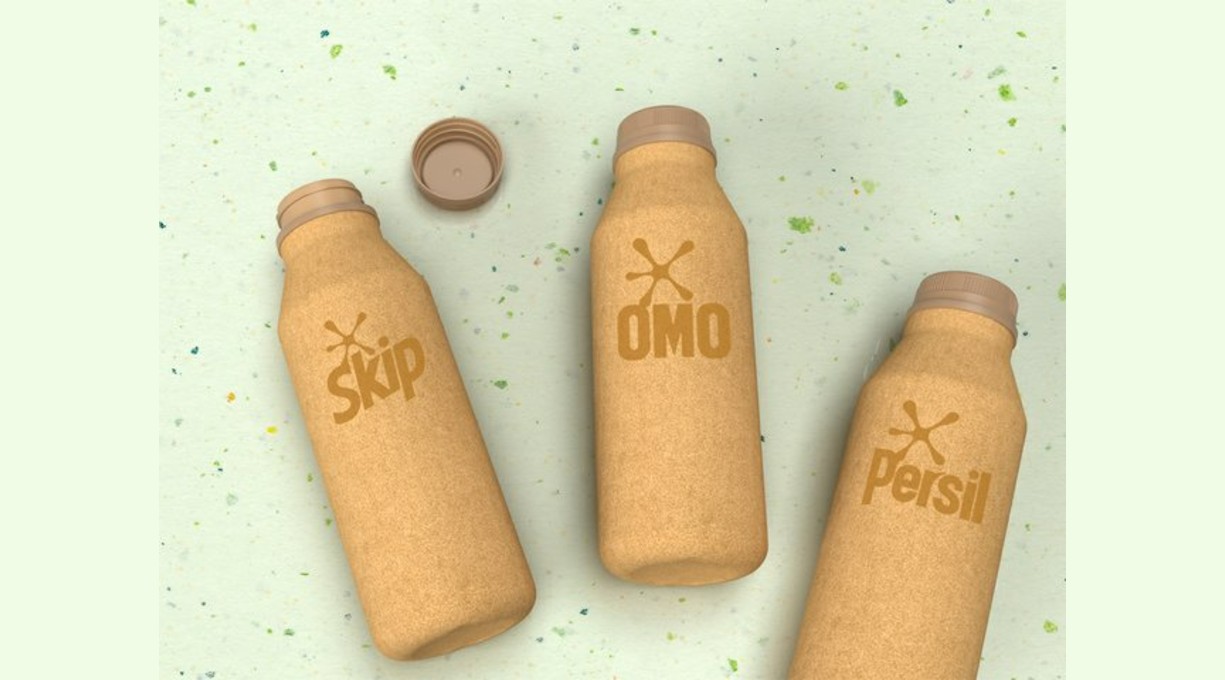 Bottle will be launched in Brazil in early 2022 and rolled out in Europe and other countries soon after. 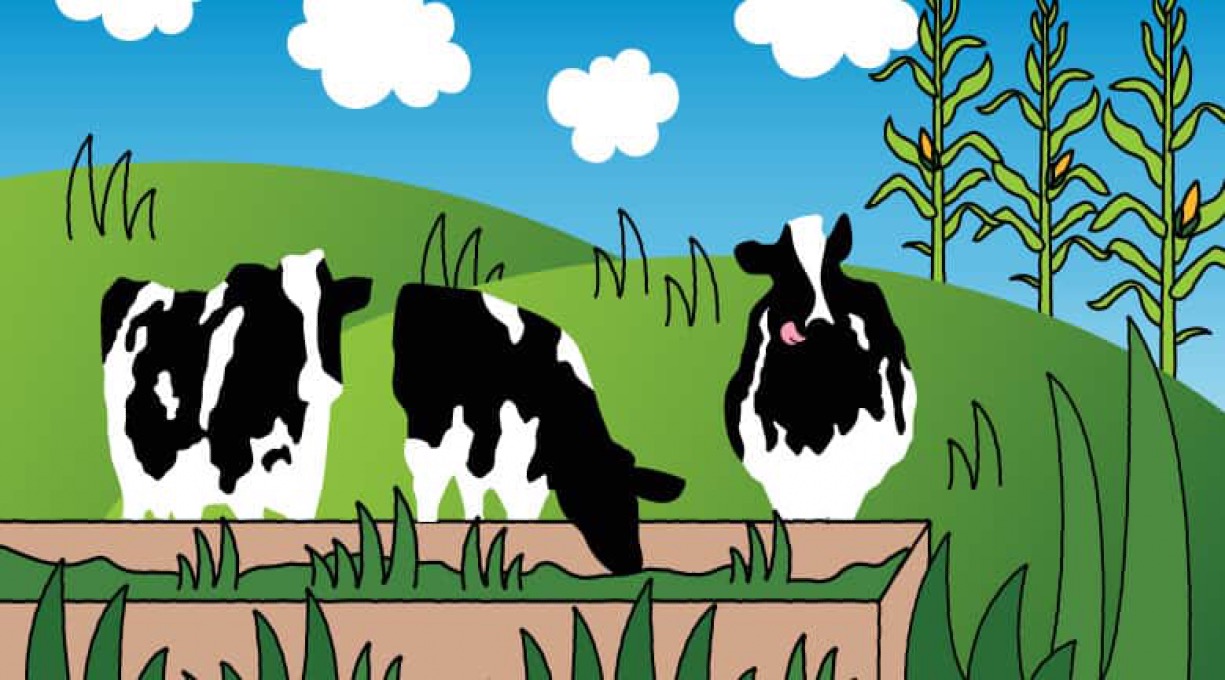