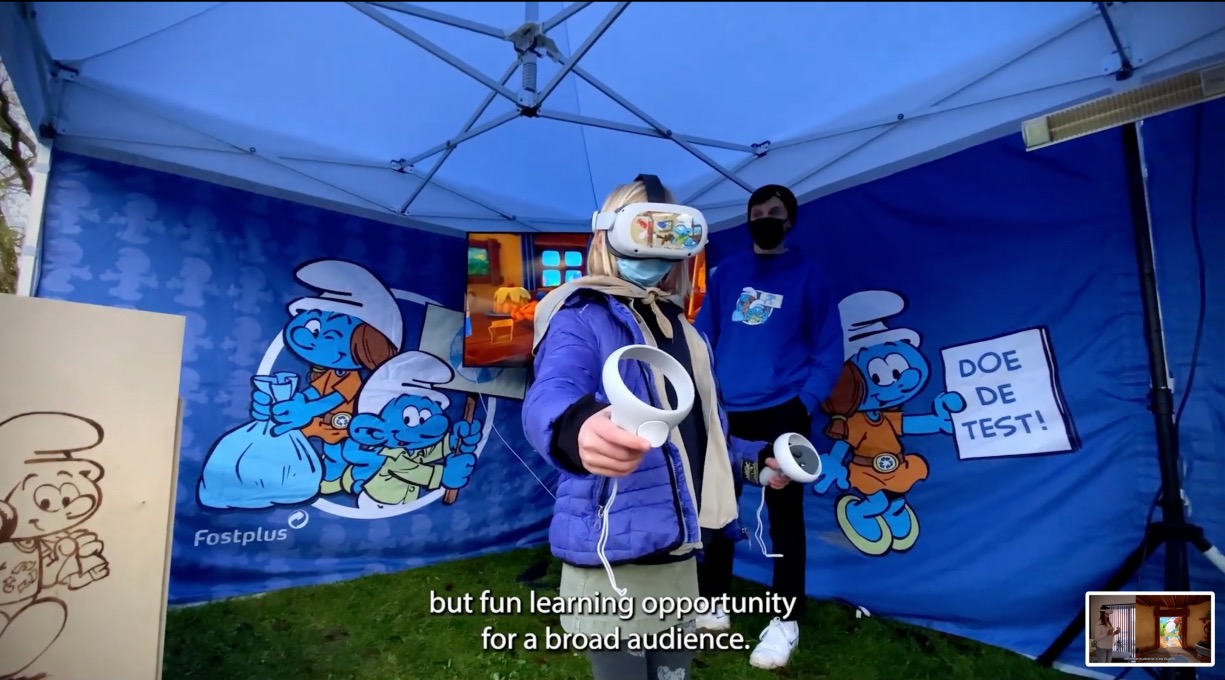 The Smurfs are helping kids and families to better understand the basics of recycling this summer thanks to a nation-wide tour of their homeland – no, not Smurf Village, but Belgium – with a new VR Waste Sorting experience. The tour has been launched to coincide with new local legislation now being implemented that enables consumers to recycle a larger proportion of their household waste and packaging, from yoghurt pots to plastic bags. The VR experience has been launched in partnership with Belgium’s premiere recycling experts Fost Plus in order to tackle any remaining confusion among consumers as the nation switches to the new system. Fost Plus first partnered with The Smurfs brand owner, IMPS back in 2020, drawing parallels not only with the characters themselves (Fost Plus’ PMD bags are indeed blue), but with the firm’s values and relationship with The United Nations’ 17 Sustainable Development Goals. Through this partnership, a new Smurf family was introduced as a means of providing an accessible way of explaining the extended PMD sorting rules to consumers. That partnership has now been extended into the Virtual Reality space where, having linked up with the VR developers AlterEyes and Indiandribble, a new VR experience acts to encourage kids and families into better recycling practices, by placing them in the role of a recycling Smurf family. Popping up at events across Belgium this summer, the Sorting Smurf VR stand immerses fans in the world of the Smurfs, setting them one simple task: to enter a Smurf house and correctly sort as much packaging as possible. The game starts in the kitchen, where players will find ten items to recycle. Picking these items up, they are placed in Fost Plus’ PMD bags. However, if players throw something that doesn’t belong in there, they are given an explanation as to why it is not recyclable.

From the kitchen, the game takes players to the bathroom where ten more items are sorted, before ending in the Smurf workplace. The items selected to feature across all three rooms are those to be found the root of much recycling confusion across Belgium, including aluminium lasagne trays (which does count as PMD), a toothpaste tube (PMD), and polystyrene (not PMD). Bystanders will be able to follow the game on a television screen, while players will receive a number of Smurf goodies, including a book of games, as a reward for their efforts. Last year, the Sorting Smurfs VR game visited Drogenbos, Kortrijk, Sint-Niklaas, and Ternat. This summer, the game will land at locations across Bruges, Brussels, De Pinte, and Lebbeke.
EDUCATION