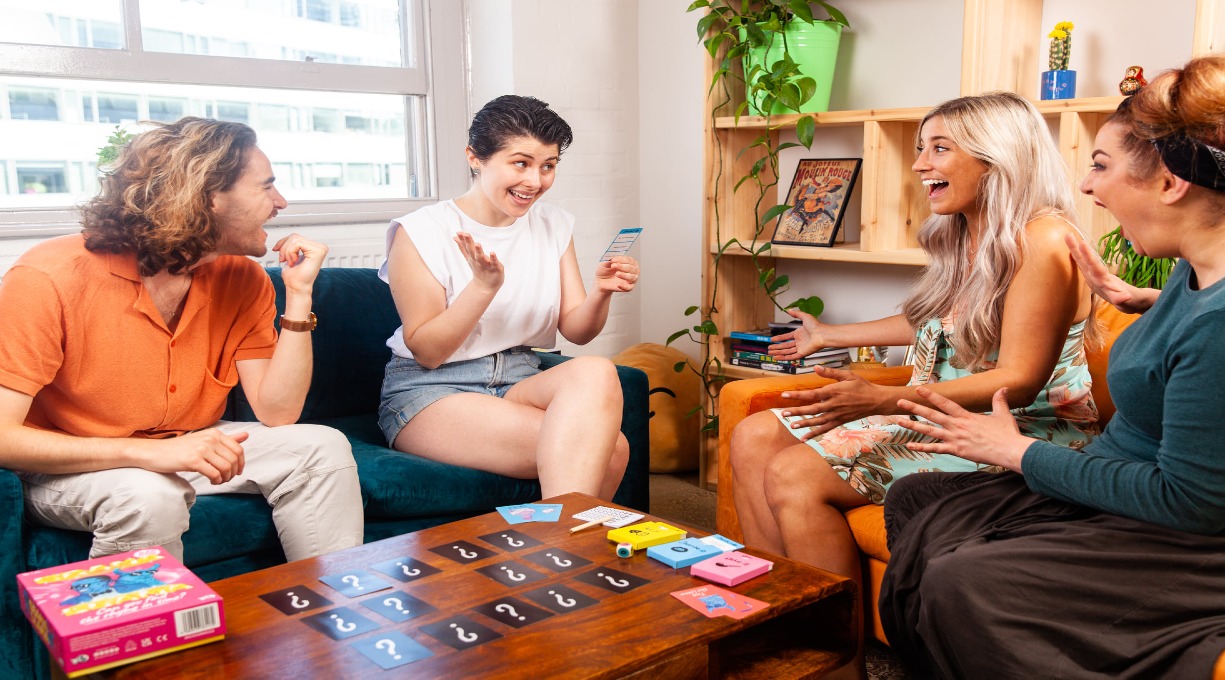 The Shoreditch-based party and board game publisher, Big Potato has detailed a raft of sustainable activity including a new partnership with Ecologi, the reduction of packaging and plans to make 64 per cent of its games plastic-free by the end of 2021. Launched under the banner of Green Potatoes, the sustainability initiative kicks off with a partnership with Ecologi and the Reforestation Project to rebuild the mangroves of Madagascar. The campaign will see Big Potato plant a tree for every game that it sells via its online platform. Big Potato Games has to date planted 1,817 trees through its partnership with Ecologi. That equates to 130.68 tonnes of CO2 or the equivalent of 100 long haul flights or 392 square metres of sea iced saved by its efforts so far. These efforts are, of course, ongoing. The move arrives in recognition of the importance of mangroves and the role they play in removing carbon from the atmosphere. It’s noted that mangroves are four times better at carbon capture than rainforests. However, with nearly 90 per cent of Madagascar’s original forests gone, it ha become vital that we work to reverse deforestation.

It was at day one of the ongoing COP26 summit in Glasgow this month that 100 leaders from nations around the world committed to halting deforestation by 2030. A pledge that was joined by the likes of Canada, the US, the UK and others also stated that reforestation and regeneration efforts would commence from 2030 onwards if and where possible. The pledge was billed as a landmark moment for COP26, a summit that many have called the final chance for the world to make a united effort to reverse the clock on climate change. Calls on climate change action from across industries has prompted leading brands to plant their own flags and overhaul their own CSR and sustainability measures, including the UK’s own Big Potato – a company recognised on the tabletop gaming and party gaming scene for its quirky collection of titles including Obama Llama and Don’t Get Got. Packaging has played an important role in the success of the Big Potato portfolio, as a team known for delivering humorous and striking graphics and packaging concepts to the shelves of independent toy and game retailers as well as some of the biggest names in the retail space to date. Big Potato enjoys an international success, with a distribution partnership through the US to major retailers such as Walmart. As part of its sustainability pledge, Big Potato will be shrinking the size of its game boxes. “We realised that one simple way to reduce our carbon footprint was to squeeze our games into smaller boxes,” the team explains. “The bits inside are the same, so you are getting just as much game, but the smaller size means we can cut down on the pollution from transportation, by fitting more of our games inside ships and trucks – plus there’s the added bonus of being able to fit more games on your shelf too.” Addressing its use of plastic within its portfolio of games, the publisher has also pledged to make 64 per cent of its games plastic free by the end of this year. “There’s too much plastic in the world, so we’re trying to cut it out wherever we can,” the team continued. “We’re not there yet, but by the end of 2021 we plan to have made 64 per cent of our games plastic free. “We’re doing this by getting rid of the shrink wrap around boxes and cards, replacing our plastic stickers with cellulose and removing all of our plastic inserts. We’ve also put our plastic free whale on the front of all our environmentally-friendly games. So if you see him on the box, it means you’re looking at a bonafide, plastic free party starter.” The board game publisher joins like-minded pioneers of a greener toy industry, such as Gibsons Games and Keel Toys to make their first steps in the fight against climate change by adapting their business or manufacturing models. Gibsons has been the focus of a number of headlines in recent months for its own practice of removing plastic wrapping, sizing down on box size, and introducing more FSC-certified cardboard components rather than plastic. Big Potato has made a point that it is continuing to strive for better sustainability and is open to suggestions on how to do so. “We’re going to keep trying our best to look for ways to be more sustainable and environmentally friendly,” said the team. “If you have any cool ideas that could make us even greener, get in touch at hello@bigpotato.co.uk.”
TOYS