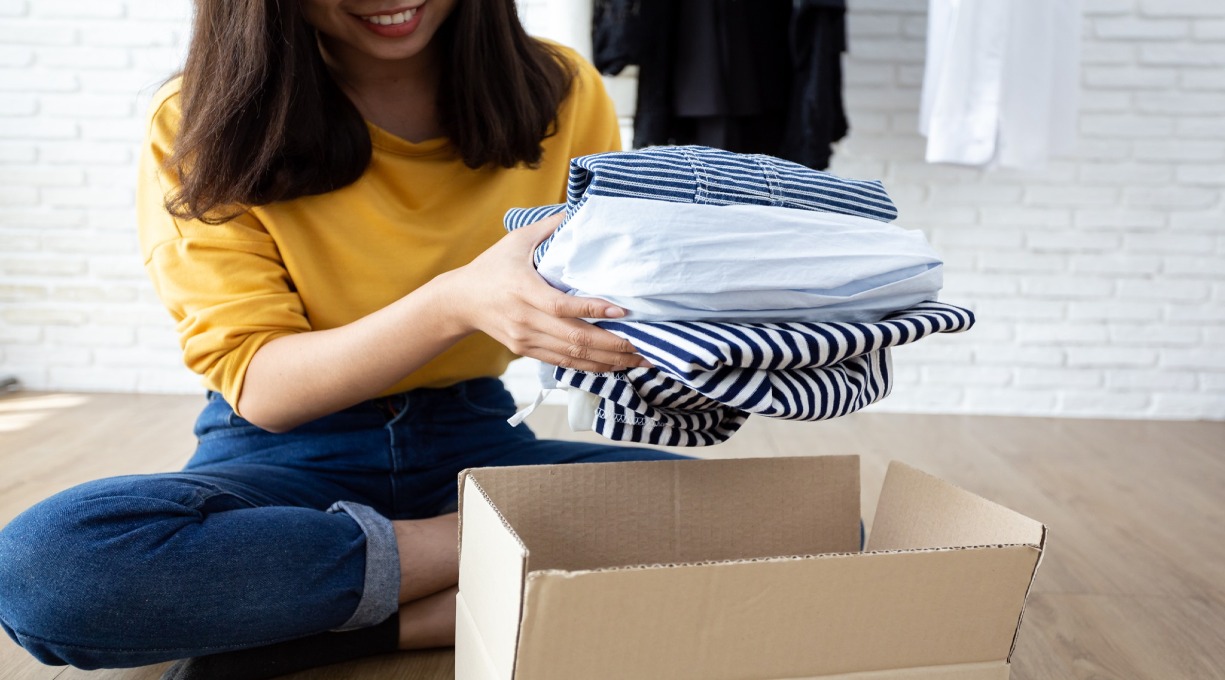 Advances in the eco-designed clothing and clothing rental space ‘are making a positive impact’ and helping the UK lead the way for clothing re-use and recycling, experts at the Textile Recycling Association have revealed in the last week. In response to recent reports that environment ministers in Chile are calling for a stop to unsold clothing being dumped in the Atacama desert, the Textile Recycling Association (TRA) – which represents collectors, graders, and processors of used clothing and textiles across the country – has stepped forward to say that the UK market is not the problem. “We only supply quality, re-usable clothing to customers where there is demand, such as Africa and Eastern Europe, where the market is a vital part of the local economy,” said Alan Wheeler, chief executive of the Textile Recycling Association. Last year, environment officials in Chile called on governments in western Europe and the US to help prevent thousands of tonnes of clothing from being illegally dumped in the country’s Atacama Desert. So called ‘fast fashion’ mountains were billed as the result of around 60,000 tonnes of second hand and unsold clothing being imported into the Alto Hospicio free zone. It’s estimated that one third of this is sold on within the local economy, but around 40,000 tonnes end up in the desert. The TRA has highlighted latest UN figures that show that 24 tonnes of used clothing imported came from the UK. “That represents just one container load,” said Wheeler. “To put that into context, there are one million tonnes of used clothing generated in the UK each year. This would amount to 38.5 thousand container loads. The UK accounts for less than point one per cent of global imports to Chile.” Wheeler does, however, agree that the reports ‘rightly highlight a major problem’ in the region and in other parts of the world, caused by the ‘huge global demand for fast fashion.’ “This is the Textile Recycling Association and its members across the UK are helping to drive vital change,” he said. “What is so important is that people don’t look at these reports and think – ‘why should I bother donating my used clothing to charity?’ – The UK has a reputation for having some of the best quality used clothing in the world and we supply to countries where there is great demand for resale. “Where the garments are not suitable for those markets there is an established market for recycling – as mattress filling, car upholstery and insulation materials.” He urges that those donating old garments should make sure that the charity shop they take their clothing to, or the recycling bin they use in the local car park, uses the TRA collectors and sorters. “Just ask in the shop or look out for the TRA logo,” he said. “There is a full list of members on our website.” The biggest step that the industry can take to reduce its impact on the environment, Wheeler underlines, is to ‘substantially reduce the amount of clothing we buy in the first place.’ To this end, the TRA is currently driving support for the designers and manufacturers who put durability and sustainability first. “There is a growing call from consumers for better quality products which have a longer lifespan and are easier to recycle,” said Wheeler. “We need to meet that demand. “New business models, such as eco-designed clothing and clothing rental are also making a positive impact. We can all play a vital role and the UK is very much leading the way.” Recent conversation has turned to introducing new circular models into the fashion, such as visible mending. This is the act of patching up second hand and worn clothing in a way that appeals to the mainstream consumer. Visible mending is already in wide use across sectors of the outdoor clothing industry, where companies such as One Tree At A Time  - a ski equipment specialist with sustainability at its centre - are working to patch over logos on second hand items for use by staff and instructors. Champions of the business model are eager to see the concept of ‘visible mending’ replace fast fashion. Meanwhile, working with manufacturers and retailers across the UK, the Textile Recycling Association is calling for re-use and recycling to be embedded in every stage of clothing design and the production process, encouraging the use of sustainable fibres and higher quality clothing which lasts longer. The TRA has also called on the Government to fast-track the fashion and textile industry as part of its Extended Producer Responsibility Scheme and is playing a key part in the current consultation process.